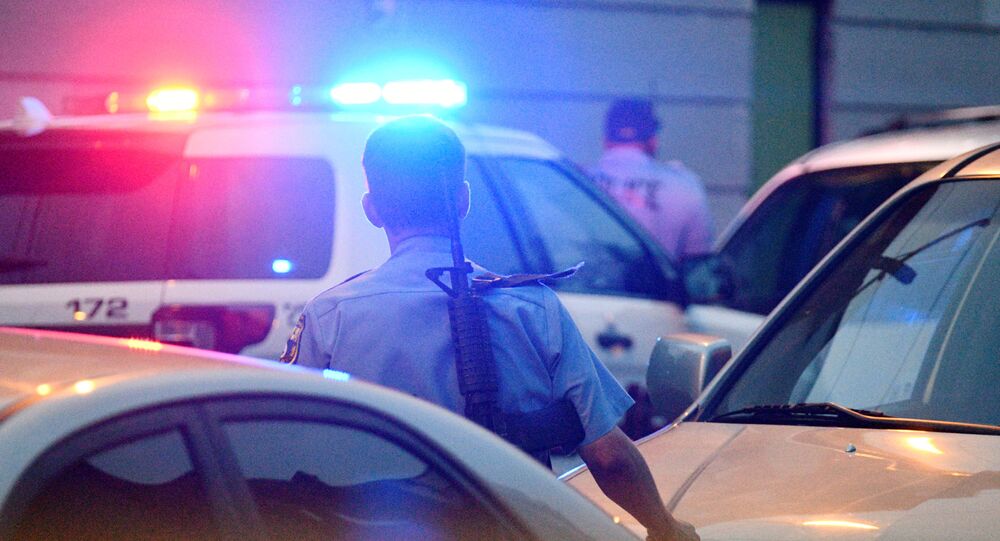 Home surveillance footage from Wednesday’s hours-long standoff between police and an alleged drug dealer in Philadelphia, Pennsylvania, has now been released.

The clip, recorded via a neighbor’s doorbell camera from across the street, shows officers entering the home of Maurice Hill. Immediately, shots are seen and heard, causing officers to take cover.

Eventually, one officer slinks out of the rowhouse after managing to get the front door back open.

Warning: The clip contains footage that may be disturbing to some.

The eight-hour standoff ended a little after midnight following officers’ deployment of tear gas into the home. Both an AR-15 and a handgun were recovered from the assailant.

Six officers were shot during the altercation, but were released from the hospital before Hill was detained. A seventh officer was injured in a car crash while en route to the scene.

Philadelphia Mayor Jim Kenney slammed both state and federal levels of government for their inaction on gun control legislation and told lawmakers to “step up or step aside” following the recent shootings in Dayton, Ohio; El Paso, Texas; and now, his own city.

"This government, both federal and state level, don't want to do anything about getting guns off the street," Kenney said during a Thursday press conference “Our officers deserve to be protected and don't deserve to be shot at by a guy for hours with [an] unlimited amount of bullets. It's disgusting. We need to do something about it."