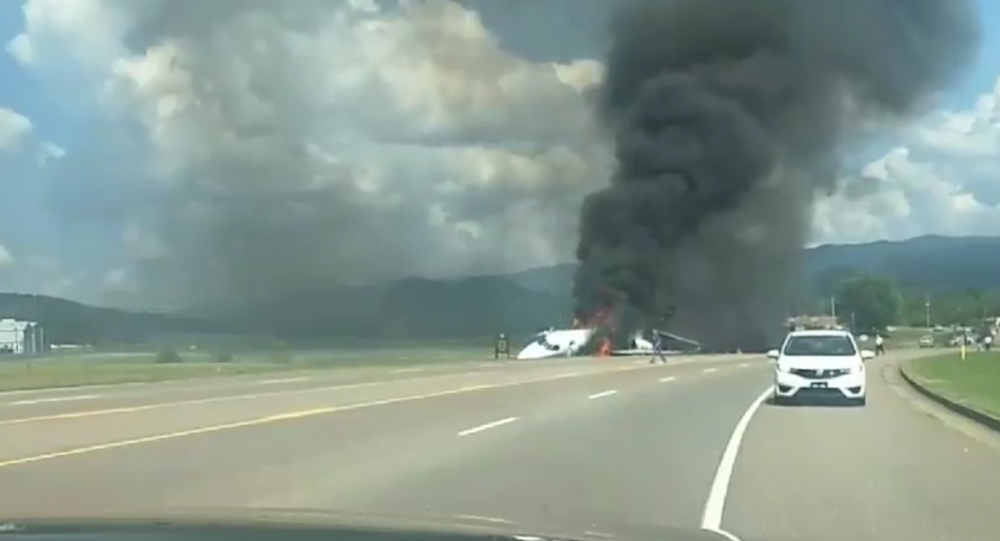 Tennessee's Elizabethton Fire Chief Barry Carrier confirmed Thursday that the retired NASCAR driver Dale Earnhardt Jr. and his wife Amy Reimann were not injured in a crash that saw their private plane erupt in fire.

Local media reports indicate that the private plane caught fire after skidding off the runway at the Elizabethton Municipal Airport.

​The Carter County Sheriff's Office confirmed to local station WCYB that Earnhardt Jr. was transported to a nearby hospital for an examination. All five passengers aboard the plane are said to be okay after being able to safely exit the aircraft.

Earnhardt Jr.'s sister, Kelley, took to Twitter later Thursday, confirming that "Dale, Amy & Isla along with his two pilots were involved in a crash in Bristol TN afternoon." She added that all passengers were safe.​

​The Hampton Valley Forge Volunteer Fire Department has indicated that Highway 91 in Stony Creek has been shuttered for the time being.

The US Federal Aviation Administration reports that the Cessna Citation plane rolled off the runway at roughly 3:40 p.m. local time. The plane belongs to the JRM Air, LLC, which is based in Mooresville, North Carolina, according to WJHL. The National Transportation Safety Board is launching an investigation into the crash.

Earnhardt Jr. retired as a full-time NASCAR driver in 2017, taking on a new job with NBC Sports as a commentator. However, the North Carolina-born driver still occasionally gets behind the wheel at times during certain events. Earnhardt Jr. is the son of legendary seven-time NASCAR champion Dale Earnhardt, who died during the Daytona 500 in February 2001 after winding up in a three-car collision on the final lap of the race.