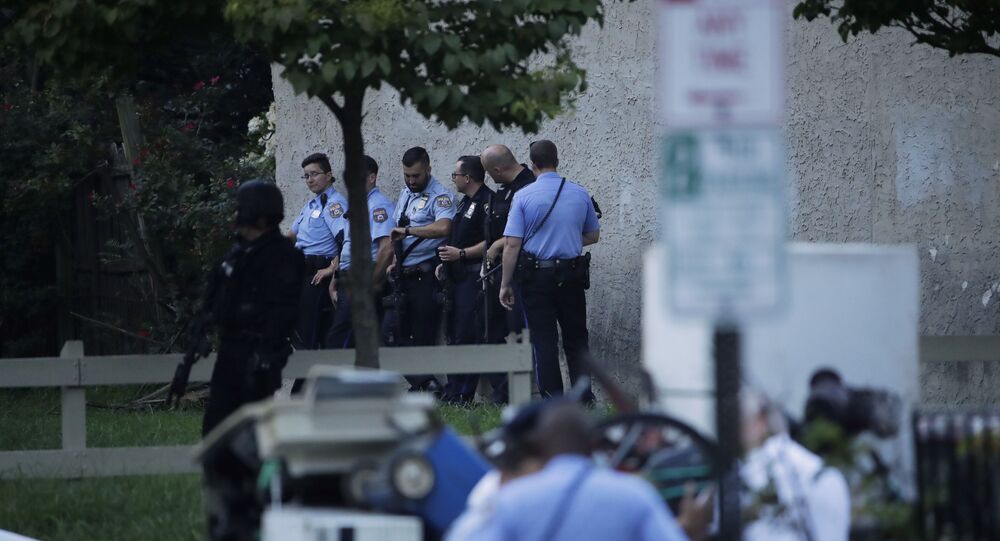 Six police officers were shot and wounded in the standoff. The incident comes after two mass shootings in the United States earlier this month -- in Dayton, Ohio and El Paso, Texas --- that left a total of 31 people killed.

Authorities have announced that the suspected gunman, who barricaded himself for hours inside a Philadelphia home, is in custody after an hourslong standoff with police.

UPDATE: Suspect is in custody. SWAT is still clearing the house

​Police used stealth to rescue officers and three suspects inside a house from a gunman, according to Philadelphia Police Department Commissioner Richard Ross. The shooter didn't know they had entered the home.

According to reports, the shooting started at around 4:30 p.m. Wednesday afternoon. Police officers were serving a drug warrant at a home when gunfire errupted. The exchange of shots fired between the suspect and the police lasted for hours.

Six officers were shot during the incident but sustained no life-threatening injuries; later they were released from hospital.

The man who opened fire on Wednesday at police officers in northern Philadelphia broadcast what was happening live on Facebook, The Philadelphia Inquirer newspaper reported, citing the police.

Philadelphia Mayor Jim Kenney called out politicians for their response to gun violence.

"This government, both federal and state level, don't want to do anything about getting guns off the street," he said.

"Our officers deserve to be protected and don't deserve to be shot at by a guy for hours with unlimited amount of bullets. It's disgusting. We need to do something about it."