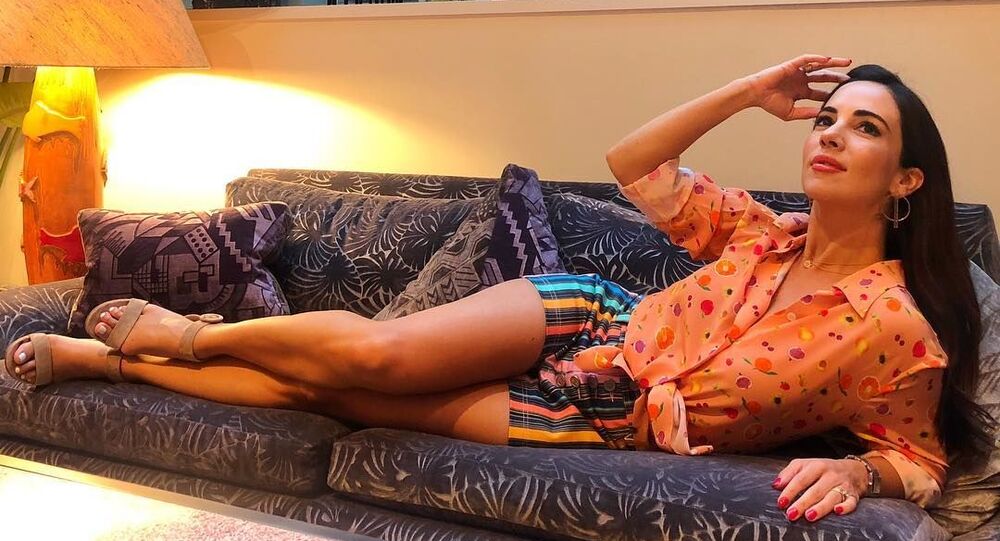 Mariana Atencio, a bilingual Venezuelan journalist who works at both MSNBC and NBC was awarded the Hillman Prize for her work on refugees and the US southern border issue.

Venezuelan-born NBC correspondent Mariana Atencio claimed that her boss instructed her to dress "less Latina and more Ivanka Trump" for the 2017 White House Correspondents Dinner, as reported by Newsweek.

Writing in her new book 'Perfectly You: Embracing the Power of Being Real' the journalist, 35, highlighted an event in which an unnamed female manager requested the dress change following Atencio's announced intention to wear yellow, blue and red, which signal the flag configuration of several South American nations, including Colombia and her native Venezuela.

Atencio writes that she was eager to "represent our people, proud of having a seat at the table, literally and figuratively."

Newsweek said that she was asked what she intended to wear, and, upon learning, pointedly said: "Mariana, I just wanted to make sure you're prepared for such a prestigious gathering."

According to the award-winning journalist, the manager added: 'Why don't you go to Saks Fifth Avenue and have someone help you out. Have them pick out something demure. Not too colourful or tight. Think Ivanka Trump, okay?"

Ivanka Trump, 37, is a daughter of the US president and often adopts vintage style red and white, as well as black and silver gowns.

Pictures from the MSNBC after party at the White House Dinner event show Mariana dressed in gold and white instead of her intended tricolour.

Here is @marianaatencio in a mermaid dress; I can confirm she has great fashion sense and doesn’t need to be told what to wear. pic.twitter.com/D73lf1dSYj

The yearly White House gathering of journalists has been dubbed the 'nerd prom', as media figures and sitting presidents often attend.

US President Donald Trump's relationship with the media since his inauguration is significantly strained, as he regularly accuses media outlets including CNN and MSNBC of being "fake news", and has skipped every White House Correspondents Dinner since taking office.