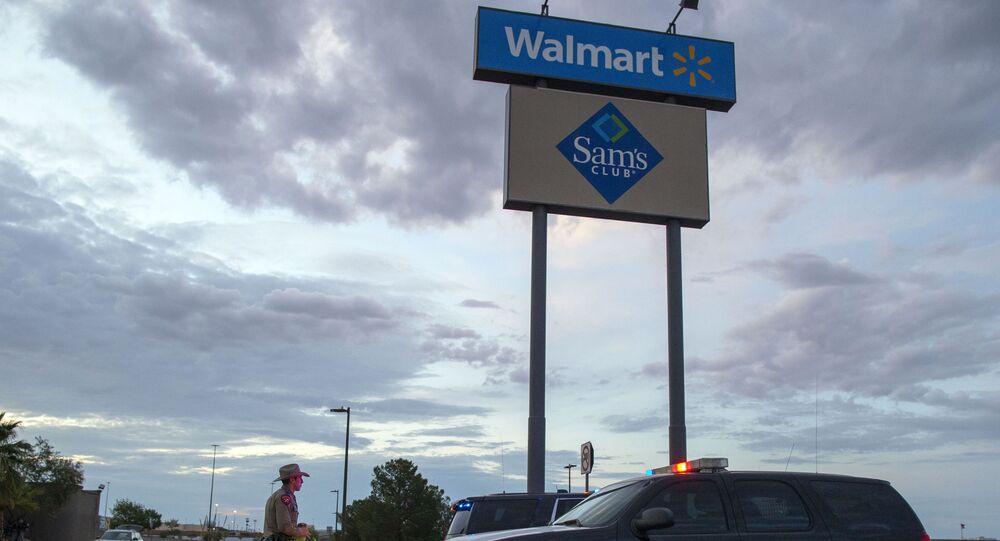 WASHINGTON (Sputnik) - The US state of Texas has created a Domestic Terrorism Task Force to combat extremism in the state after an attacker shot and killed 22 people in the border town of El Paso, Governor Greg Abbott said in a news release on Wednesday.

"Governor Greg Abbott today, under Article 4, Sections 1, 7 and 10 of the Texas Constitution, formed a Domestic Terrorism Task Force in the wake of the El Paso shooting to combat these hateful acts and extremism in Texas", release said. "The group of experts will analyse and provide advice on strategies to maximize law enforcement’s ability to protect against acts of domestic terrorism."

"Our top priority is to keep Texans safe in their communities", Abbott said. "Part of that mission is to combat domestic terrorism and root out the extremist ideologies that fuel hatred and violence in our state."

On Friday, the Washington Post reported, citing an arrest warrant affidavit, that 21-year-old Patrick Crusius admitted to investigators that he carried out the shooting at a Walmart shopping centre in El Paso and was intent on targeting Mexicans. In addition to killing 22 people, Crusius wounded more than 20 others.