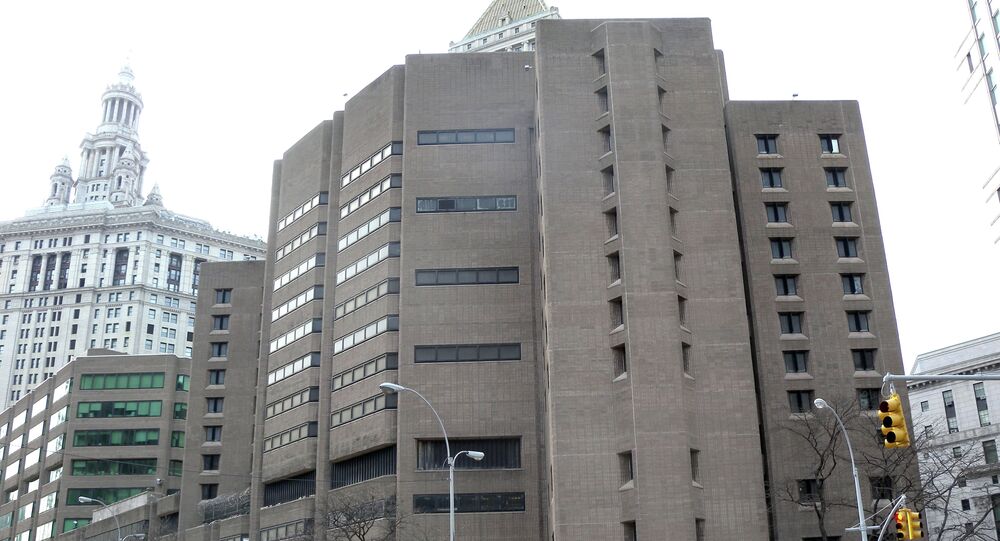 US President Donald Trump's personal lawyer, Rudy Giuliani, told Fox News on Tuesday that he was familiar with the facility where convicted sex offender and pedophile Jeffrey Epstein was held and had been inside the prison at least 20 times in his former roles as prosecutor and defense attorney.

"I don't like conspiracy theories [...] I don't think we should engage in them yet because we need to know the facts, but the whole thing is completely incredible to me [...] I've been in [the Metropolitan Correctional Center] probably 20 times as a prosecutor and a defence lawyer [...] I watched it being built", Giuliani said, suggesting that Epstein "was virtually unprotected".

Giuliani also suggested in his interview with Fox News the many potential ways in which Epstein could have been killed.

On Saturday, US-based media, citing law enforcement officers, reported that Epstein had committed suicide at the prison where he had been held ahead of his pending trial on charges of sex trafficking minors. The death by hanging has been met with suspicion as Epstein, who is linked to many famous and powerful people, including US Presidents Bill Clinton and Donald Trump, was inexplicably taken off suicide watch, despite reportedly trying to kill himself just weeks earlier.

Earlier on Tuesday, two prison guards assigned to the unit that housed Epstein were put on administrative leave after Epstein’s reported suicide over the weekend, according to the US Department of Justice.

The federal jail guards are suspected of falsifying log entries to show that they were checking on inmates in his unit every half hour when they actually were not, AP reported Tuesday, citing a source who was not authorized to disclose information and spoke on condition of anonymity.

The US authorities have been investigating Epstein for nearly two decades. In July 2019, Epstein was arrested a second time for trafficking underage girls at his many residences for sex. Some of the charges date back to the 2000s. Epstein pleaded not guilty to the charges but faced up to 45 years in prison had he been convicted.