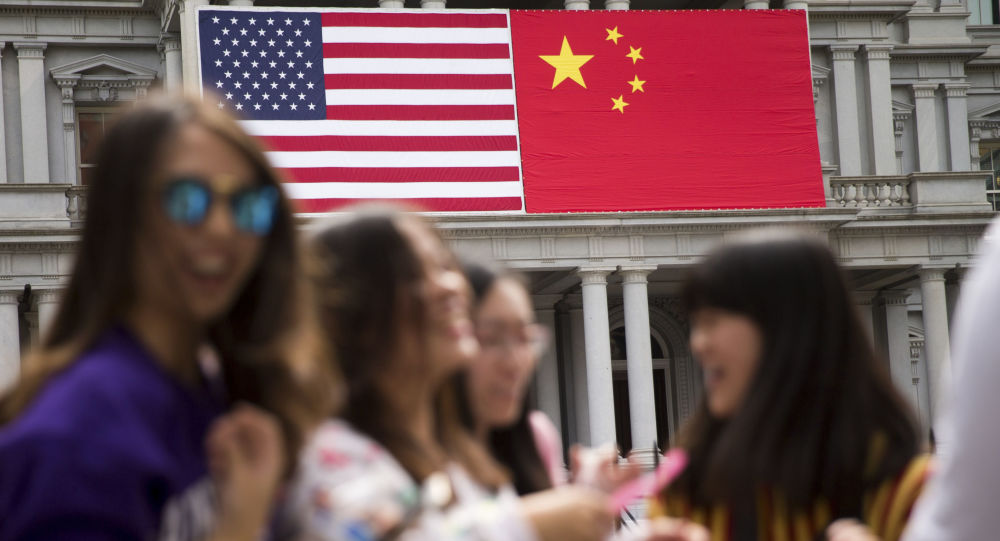 US President Donald Trump's move to exempt some goods scheduled for September tariffs against China is not enough of a step to ease the potential impact on American consumers, according to David French, the head of government relations for the National Retail Federation, The Hill reported Tuesday.

"We are pleased the administration is delaying some tariffs ahead of the holiday season and acknowledging the impact on American consumers [...] Still, uncertainty for US businesses continues, and tariffs taking effect September 1 will result in higher costs for American families and slow the US economy", French said, cited by The Hill.

The US Trade Representative said earlier that the 10 percent tariff on $300 billion worth of Chinese imports previously announced by Trump will go into effect on 1 September as scheduled.

Shortly after the US trade representative published its statement, Trump criticized Beijing for not keeping its promise to buy more products from US farmers.

“As usual, China said they were going to be buying ‘big’ from our great American farmers. So far they have not done what they said. Maybe this will be different!” Trump tweeted.

The 10-percent tariff comes in addition to the $250 billion worth Chinese goods already subject to a 25 percent tariff.

The United States and China have been engaged in a trade war since June 2018, when Trump announced he was imposing tariffs on $50 billion worth of Chinese imports in a bid to balance the trade deficit. Since then, the two countries have imposed several tit-for-tat rounds of tariffs but have yet to negotiate a comprehensive trade deal.

Earlier this month, three US Senators, in a letter, called on the Trump administration to remove proposed China tariffs on nearly 100 products because of the harmful effect they "will have on US importers, manufacturing, and the economy".