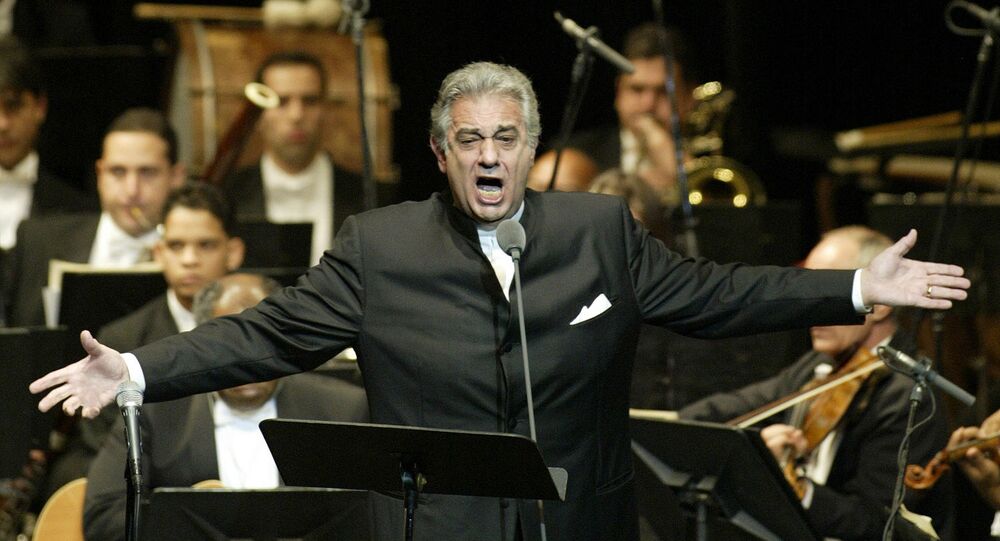 Following accusations against him of sexual harassment by numerous women, Los Angeles Opera Director Placido Domingo has had his upcoming show in San Francisco cancelled, and an investigation has been launched into the allegations.

Eight singers and a dancer have leveled accusations against Domingo, alleging that he tried to pressure them into sexual relationships. They have since indicated that they feel their careers suffered as a result of having rebuffed his advances.

AP noted that “almost three dozen more people in the opera world said they witnessed inappropriate sexually-tinged behavior by Domingo and that he pursued younger women with impunity.”

In response, a slew of operatic companies have distanced themselves from Domingo and denounced sexual harassment.

The San Francisco Opera, where Domingo was scheduled to perform in a feature concert in October billed as a “special one performance-only event” with “one of the most influential singing actors in the history of opera,” has now cancelled that performance. The event was to have celebrated his 50th year with the company. Ticket holders can either exchange the night’s pass for another night, or simply seek a refund.

The opera said in a statement that, while none of the alleged behavior happened in San Francisco, the company is “committed to its strong anti-sexual harassment policy and requires all company members to adhere to the highest standards of professional conduct.”

The Los Angeles Opera, where Domingo has served as general director since 2003, said Tuesday in response to the allegations that it would “engage outside counsel to investigate the concerning allegations about Placido Domingo.”

The Philadelphia Orchestra has also withdrawn an invitation to Domingo to appear at its opening night in September, WCAU reported, with the orchestra saying it’s “committed to providing a safe, supporting, respectful and appropriate environment.” The Washington National Opera told AP it has “zero tolerance” policies in place regarding harassment.

Domingo issued a statement Tuesday rejecting the accusations, some of which date to the 1980s, as “deeply troubling,” but “inaccurate.”

"Still, it is painful to hear that I may have upset anyone or made them feel uncomfortable - no matter how long ago and despite my best intentions,” he said. “I believed that all of my interactions and relationships were always welcomed and consensual. People who know me or who have worked with me know that I am not someone who would intentionally harm, offend, or embarrass anyone."

“The rules and standards by which we are - and should be - measured against today are very different than they were in the past,” Domingo said, promising to hold himself “to the highest standards.”

Domingo’s career spans many fields and roles. He began as a leading tenor in the 1970s and 80s, eventually rising to international fame as one of the Three Tenors, alongside Luciano Pavarotti and José Carreras. He later transitioned to conducting and leadership roles, working at the Washington and Los Angeles operas. He eventually began singing in the lower baritone register, totaling more than 150 different roles in all, according to the San Francisco Chronicle.