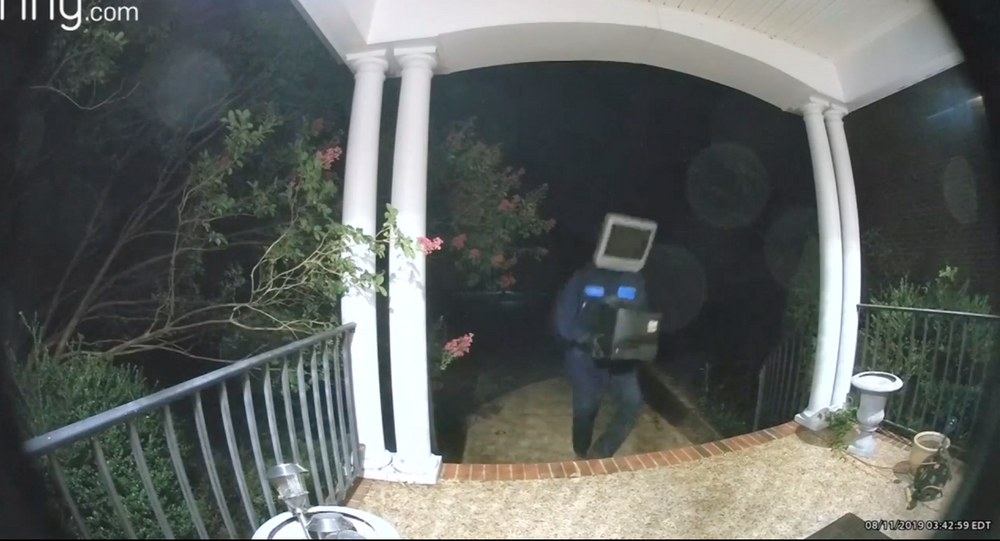 Police are searching for a band of TV-wearing individuals after at least 60 residents in a Virginia neighborhood found old-school television sets on their front porches over the weekend.

On Sunday, Henrico County Police officers spent hours driving around various neighborhoods collecting vintage cathode ray tube TVs that were delivered earlier that morning by what police believe to be a group of several individuals wearing televisions as helmets.

The unsolicited deliveries were caught on several recipients’ doorbell surveillance cameras, and they all showed the same thing: an individual masked by a TV set carefully placing an old-school TV at the front door before strolling off.

Despite the puzzling footage, some residents did not appear too concerned and labeled the situation as a prank after officers came by to collect upwards of 60 TVs.

"He wants to be known as the TV Santa Claus. I don't know," Jim Brooksbank, who received an “old tube-style TV, 13-inch” from one of the individuals, told WTVR. "It's summer, and people are getting ready to go back to school. Maybe TV man was just ready to strike and put a little humor in our lives."

Michael Kroll, another Hampshire homeowner, first believed that his son had collected the television to take to college - until he looked at his surveillance footage.

“They had way too much time on their hands if they had all these TVs and spread them all over the neighborhood," Kroll said in an interview with WTVR. "I think it's just a prank. Some college students who are just bored."

Henrico police say the culprits, if found, could face charges of trespassing and illegal dumping.

This is not the first time this has happened in Virginia. Just last year, more than two dozen TVs were left at people’s front doors in several area neighborhoods.

That time, there was more skepticism than laughs amongst the recipients.

"People were calling them Trojan horses, saying, 'Don’t put them inside your house. Who knows what can happen,’” Glen Allen resident Robyn Schorr explained WTVR in August 2018.

Police have yet to identify whether the two incidents were isolated events or if the deliveries have become a tradition for the culprits.

Instant Karma: US Man Gets Punched After Spitting on Subway Rider (Video)