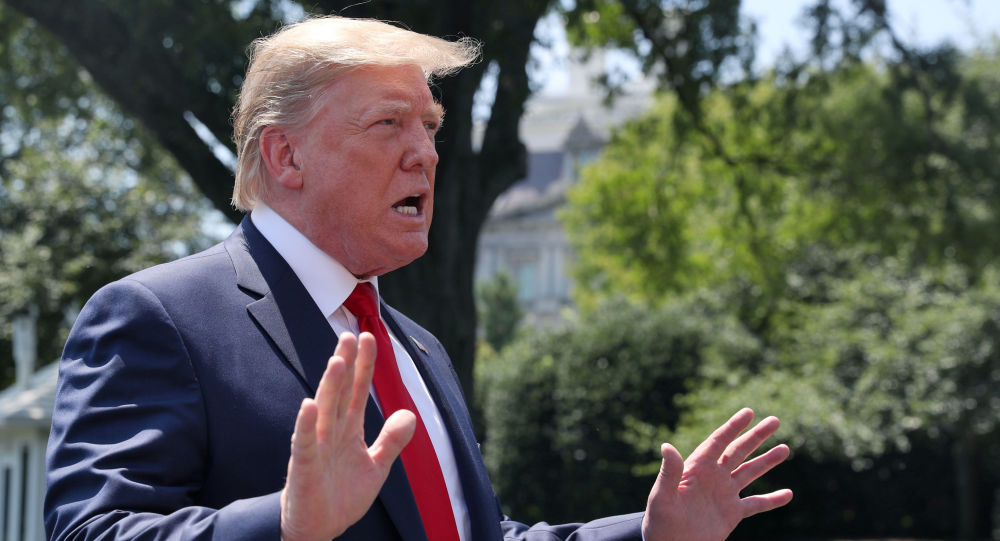 Trump Comments on 'Missile Explosion' in Russia, Boasts of US Having 'More Advanced Technology'

Five employees of Russian nuclear energy corporation Rosatom were killed on 8 August in an explosion that happened during testing of a liquid-propellant rocket engine at a military site in the Arkhangelsk Region of northwestern Russia.

US President Donald Trump claimed Monday that the US was "learning much from the failed missile explosion in Russia".

The United States is learning much from the failed missile explosion in Russia. We have similar, though more advanced, technology. The Russian “Skyfall” explosion has people worried about the air around the facility, and far beyond. Not good!

The head of Rosatom, Alexey Likhachev, confirmed on Monday that Rosatom employees who died in an explosion in Arkhangelsk Region were taking part in the testing of new pieces of armament, stressing that work on the weapons would be completed.

"We have paid last respects to our colleagues who died tragically during tests of a new special product. They remained faithful till the bitter end and they passed away like true heroes", Likhachev said, quoted by Rosatom.

"Such people are the pride of our country and the nuclear sphere. Our further work on the new pieces of armament, which will certainly be completed, will be the best tribute to them. We will fulfill the order of our motherland, its safety will be guaranteed", Likhachev added.

The Rosatom head noted that three employees injured during the explosion were receiving "the best medical assistance", and voiced hope that they would recover quickly.

Russian nuclear corporation Rosatom said Saturday that tests of a rocket that exploded at a training ground in Russia's Arkhangelsk Region took place on an offshore platform, adding that the accident took place during engineering and technical works on isotope sources of the engine.