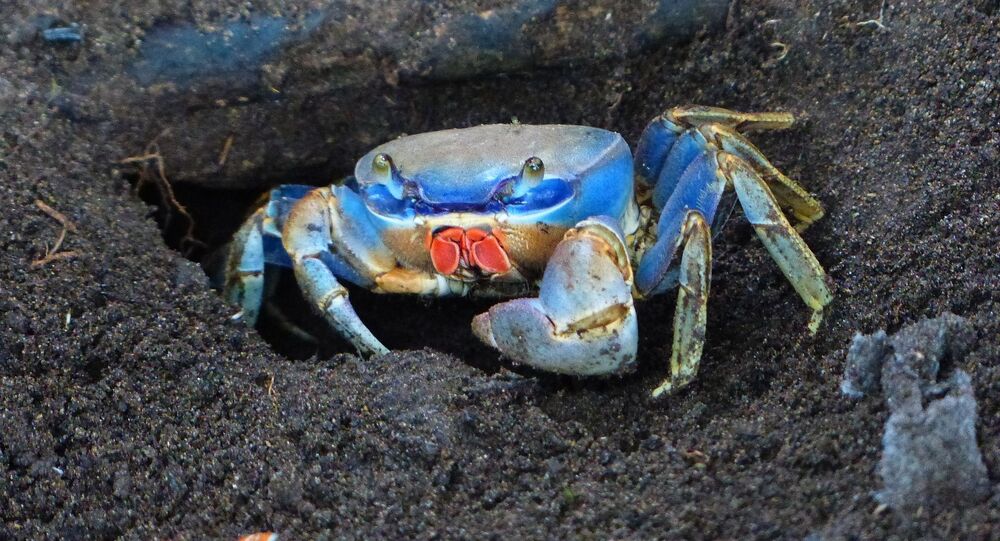 The calm lives of the residents of Stuart, Florida were disturbed by a bizarre phenomenon when their hometown became a migration path for hundreds of crabs.

Hundreds of blue land crabs have invaded the streets of the town of Stuart, Florida, a terrifying video shot by one of the town's residents has revealed.

A swarm of little armoured marine creatures can be seen walking across the road and pavements in their distinctive sideways gait.

The crabs then dash towards the bushes as a car passes by, taking shelter in the roadside shrubbery. Alas, not all of them are able to escape, as some of the poor creatures were crushed under the tyres of the car.

According to scientists at the University of Florida, the mating and migration season of the blue land crabs runs until December and peaks in late autumn.