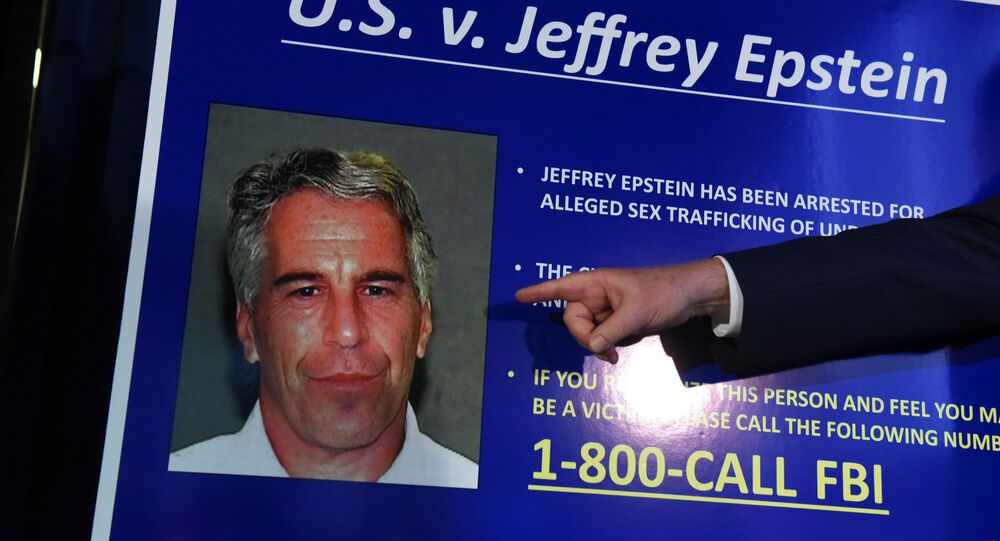 Jeffrey Epstein, the disgraced financier charged with child sex trafficking, was found hanged in his jail cell on Friday night. His apparent suicide has created fertile ground for conspiracy theories online as multiple media outlets have reported that he was on suicide watch following a suspected attempt to kill himself last month.

Guards at the Metropolitan Correctional Centre in Lower Manhattan, where Jeffrey Epstein was awaiting trial on child sex trafficking charges, did not follow procedure and check on prisoners every 30 minutes the night the American billionaire committed suicide, the Daily Mail reported, citing an unnamed source.

The insider claimed that two guards are obliged to make separate checks on all inmates every half an hour in addition to the requirement to check on prisoners who are on suicide watch every 15 minutes.

Epstein was placed on suicide watch after he was found unresponsive in his cell on 23 July, with mysterious marks on his neck. It wasn't immediately clear if they were self-inflicted, or if he was assaulted inside his cell. According to media reports, he was taken off additional monitoring on 29 July after he was deemed to be "no longer at imminent risk for suicide".

"There was no indication that he might try to take his own life. From what I saw, he was finally starting to adjust to prison. I think he was comforted by the rigidity of his new life", a source, who had seen the financer on several occasions during his confinement, told the Daily Mail.

Another source claimed that weeks before his death, Epstein told guards and fellow inmates that he believed someone had tried to kill him.

On Friday night, Jeffrey Epstein hanged himself in his jail cell, with US Attorney General William Barr ordering both the FBI and the Inspector General to open an investigation into the circumstances of his death.

"I was appalled to learn that Jeffrey Epstein was found dead early this morning from an apparent suicide while in federal custody. Mr. Epstein’s death raises serious questions that must be answered. In addition to the FBI’s investigation, I have consulted with the Inspector General who is opening an investigation into the circumstances of Mr. Epstein’s death".

Officials said that while the FBI doesn't normally probe suicides at federal prison facilities, an "abundance of caution" needs to be taken, given the nature of the billionaire's case. At the same time, they stressed that there's nothing at this point to suggest foul play.

While the bureau has yet to determine whether it truly was a suicide, Epstein's death has already spurred a bunch of conspiracy theories, as the circumstances around his passing remain vague.

US President Donald Trump, for instance, has retweeted one of them, originally posted by Terrence K. Williams, a conservative commentator, who suggested a connection with former POTUS Bill Clinton.

​Another conservative commentator, Michael Coudrey, took to Twitter to allege that at the time of Epstein's suicide there was a purported "camera malfunction" in the facility. He, however, did not go into further details; neither did he provide any proof to substantiate his claim.

Epstein's death comes a week after he was denied bail on federal sex trafficking charges and three weeks after he was found unconscious on the floor of his prison cell with marks on his neck.

The 66-year-old, who was arrested on 6 July, was pending trial next year over multiple allegations of sexually abusing and trafficking underage girls in the early 2000s in his New York mansion and Florida estate. He pleaded not guilty. Epstein, who served 13 months in jail on prostitution-related charges involving underage girls in 2008, faced up to 45 years in prison if convicted.