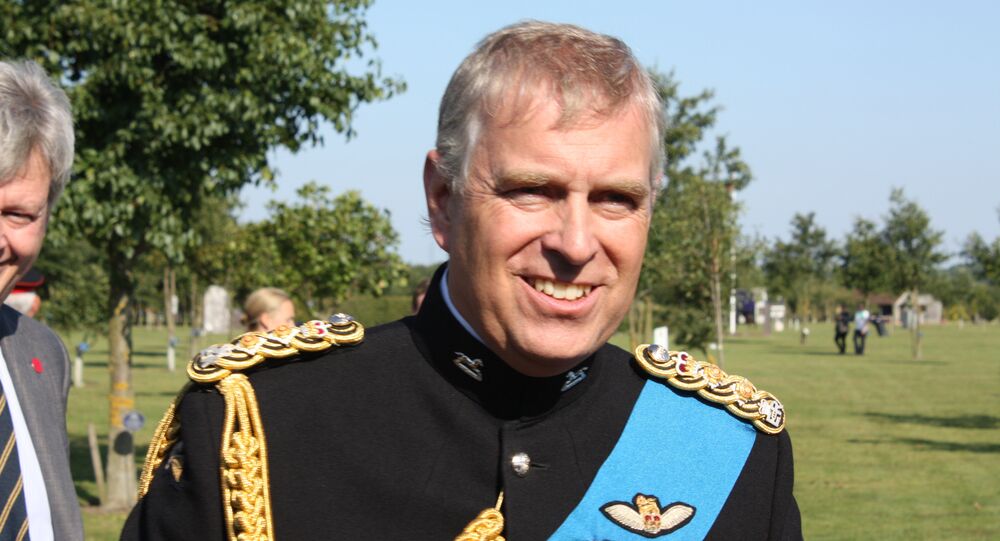 US financier and socialite Jeffrey Epstein apparently took his own life at a New York prison, where he had been held since last month on child sex trafficking and conspiracy charges. The news came just hours after a bulk of documents, raising suspicions against Epstein’s powerful friends, including Prince Andrew, were released.

Prince Andrew, the Duke of York, may come under new scrutiny following suspected sex trafficker Jeffrey Epstein’s suicide, the Daily Mail claims, citing an unnamed legal source. According to the outlet, following the death of the prime suspect, an FBI probe could now focus their “full attention” on his suspected associate, British socialite Ghislaine Maxwell, said to have also been friends with the British royal.

“Ghislaine is the key to all this now that Epstein will no longer face justice himself. The victims deserve answers and she was the person closest to Epstein. Far from being the end to Prince Andrew's problems, Epstein's suicide could put him under renewed scrutiny because of his close friendship with Ghislaine”, the legal source, said to be close to the investigation noted.

These claims echoed the statements by lawyer Jack Scarola, representing the alleged victims, who expressed hope that Epstein’s “possible co-conspirators” would be investigated.

“I would certainly think, based upon all the information that is currently available, that Miss Maxwell is the focus of criminal investigation right now, she is a significant focus of the investigation”, he said.

The 57-year-old British media heiress and Epstein’s former girlfriend featured in the recently unsealed court documents from Epstein’s trial, suggest that she procured underage girls for his sex trafficking circuit.

In 2015, one of the alleged victims Virginia Roberts Giuffre sued Maxwell for defamation, accusing the Brit and Epstein of using her as a “sex slave” and claiming she was directed to perform sex acts with numerous famous men, one of them being Prince Andrew, eighth in line to the British throne.

Although the case was settled out of court in 2017, its documents state “an undisputed fact that multiple witnesses deposed in this case” have said that Maxwell “operated as convicted paedophile Epstein’s procurer of underage girls”. The plaintiff alleged that the British socialite “had sex with under-age girls virtually every day”, insisting that her and the billionaire’s “whole lives revolved around sex”.

The tranche of documents also includes a photo which, according to Guiffre’s attorneys, shows the royal “with his hand around Ms Giuffre’s bare waist while she was a minor child, while posing with [Maxwell], inside [Maxwell’s] house in London”, The Guardian reported.

“This particular photograph corroborates Ms Giuffre’s claims, and there is no other reasonable explanation why an American child should be in the company of adults not her kin, in the London house owned by the girlfriend of a now convicted sex offender”, Giuffre’s lawyers say in the documents.

While Maxwell has not commented on the recent events, three years ago, when these allegations first emerged, she branded them “fictitious lies and stories to make this a salacious event”.

Prince Andrew, who hasn’t been charged with anything at this time, also remains tight-lipped both on the released documents and his alleged friend’s death.

A Buckingham Palace spokesman, however, has commented on the recent event, saying to the Daily Mail: “This relates to proceedings in the United States, to which The Duke of York is not a party. Any suggestion of impropriety with underage minors is categorically untrue”.

Officials confirmed that American billionaire Jeffrey Epstein, who was arrested last month on sex trafficking charges, died on Saturday. The Bureau of Prisons as well as Attorney General William Barr called his death an “apparent suicide”, although an investigation has yet to determine this conclusively. The Bureau stated that lifesaving measures were “initiated immediately by responding staff” at the Metropolitan Correctional Centre in Lower Manhattan, and Epstein was transported to a hospital, where he was pronounced dead.

The 66-year-old financier was set to stand trial next year over multiple allegations of child sex trafficking and sexually assaulting over 30 underage girls. Epstein, who was arrested on 6 July, had pleaded not guilty to charges of sex trafficking involving dozens of minor girls in his New York mansion and Florida estate, from at least 2002 to 2005. He faced up to 45 years in prison if convicted.

The charges were announced more than a decade after Epstein served 13 months in jail on prostitution-related charges involving underage girls.