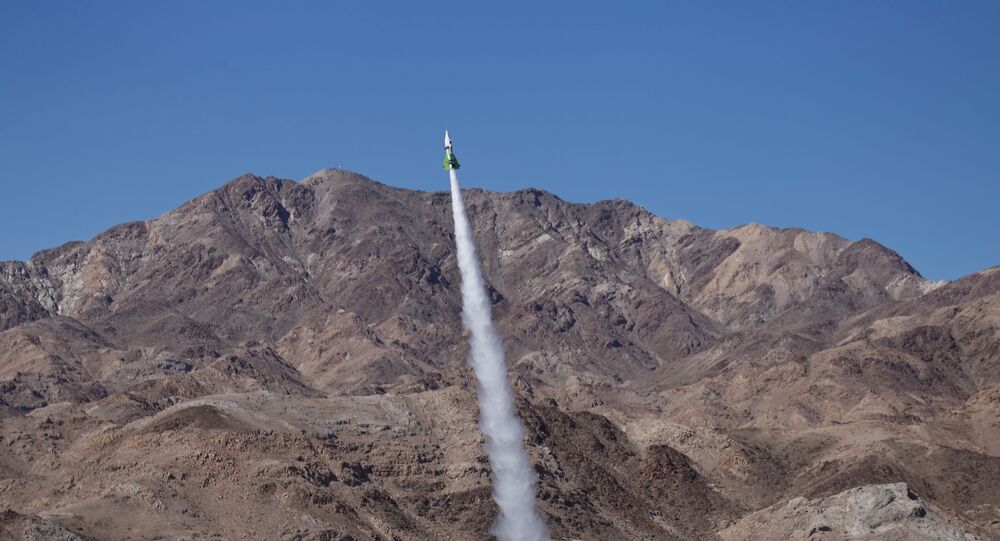 Watch Out Elon Musk: Flat-Earth Conspiracy Believer to Blast Himself Off in Homemade Rocket

Self-proclaimed daredevil and amateur engineer Mike Hughes is earning money as a limo driver but making headlines with his elevated aspirations. Last year, he flew 572 metres into the air in a garage-made rocket. Despite the hard landing, resulting in compressed vertebra, he now aims at a new milestone to conquer.

Noted flat Earth conspiracy advocate Mike Hughes is planning to shoot himself up 1,500 metres in a self-made rocket on Sunday, the web outlet Space.com reports. He hopes his machine will hit speeds of about 640 kilometres per hour. The rocket launch will be performed in California’s Mojave Desert.

The attempt to set a new personal record by “Mad” Mike, as media outlets have dubbed him, will be filmed by the Science channel for a documentary about amateur astronauts. The rocketeer has pulled his system together from easy-to-get parts, including used parachutes, bought on eBay, as Pop Culture PR noted.

It will not be the first time the 63-year-old is reaching for the sky as he already managed to blast him off 572 metres into the air last year. Despite previous fails, he managed to fly that time and landed with a parachute. His landing, however, was not so easy; it resulted in soreness and compressed vertebra.

While that rocket was launched from the back of a motor home that he “bought off Craigslist”, as Hughes admitted, this time he is going to use a mobile platform. The steam-powered rocket is also said to be an improved version of last year’s experiment.

Despite last year’s media reports that he went into all this rocket business to prove the Earth is flat, Hughes insists that his beliefs have nothing to do with his aspirations.

"I believe the Earth is flat. But this flat Earth has nothing to do with the steam rocket launches”, he said, adding “It never did; it never will. I'm a daredevil!"

Even if the launch proves to be a success, he does not plan to stop at 1,500 metres and eyes reaching the Karman line, where space begins, which is 100,000 metres high. For this, Hughes and his rocket designer Waldo Stakes are developing a so-called "rock-oon" (part rocket, part balloon). The venture is quite costly and the pair will have to fundraise $2.8 million for it, a considerable sum for Hughes who makes his living as a limo driver.

"People think I'm rich and I'm making all this money off these rocket launches. Hell, I'm on Medicaid!" the rocketeer revealed.