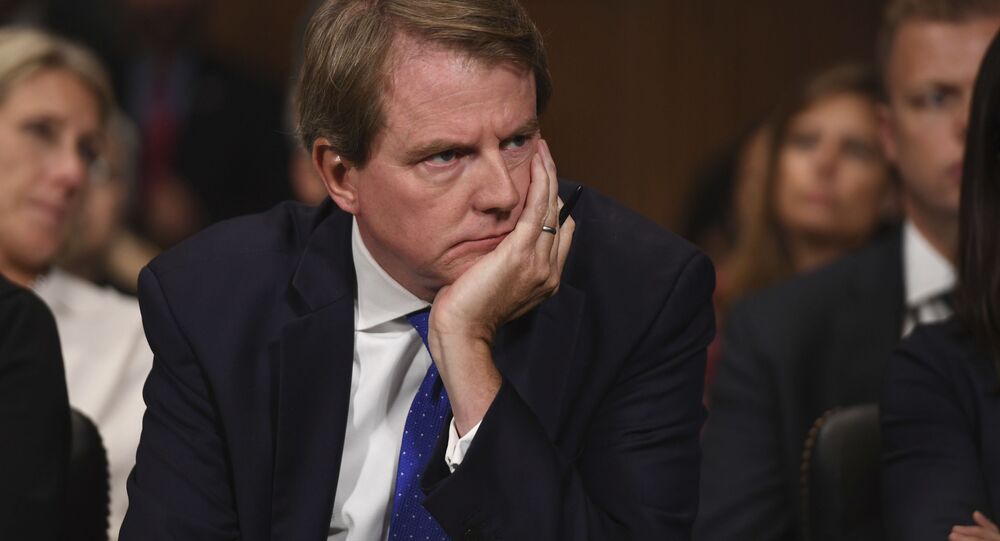 WASHINGTON (Sputnik) - The US House of Representatives Judiciary Committee has filed a lawsuit to enforce a subpoena against former White House counsel Don McGahn and compel him to testify as part of the panel's probe into obstruction of justice by President Donald Trump, a court filing revealed.

"This is a civil action for declaratory and injunctive relief brought by Plaintiff Committee on the Judiciary of the United States House of Representatives (Judiciary Committee) against Defendant Donald F. McGahn II," the court filing said. "The suit, which the United States House of Representatives has expressly authorized, arises out of the Judiciary Committee’s efforts to enforce a duly authorized, issued, and served Congressional subpoena to McGahn."

On June 12, the House of Representatives passed a resolution that authorized the Judiciary Committee to launch court proceedings against McGahn over his decision to disobey the congressional subpoena to testify.

The resolution to let congressional committees go to court to enforce the subpoenas passed the House of Representatives in a 229-191 vote.

Trump cited executive privilege in refusing to let McGahn testify, claiming that the US Constitution’s separation-of-powers doctrine protects internal deliberations by the president and his staff from public disclosure.

Special Counsel Robert Mueller’s report, which was released in April, concluded that there was no evidence of Trump-Russia collusion, but listed some evidence of possible obstruction of justice by the US president.

US Attorney General William Barr said the presented evidence does not raise to an obstruction of justice violation.

Russian officials have repeatedly denied interfering in the US political system and said the allegations to the contrary have been made up to excuse the election loss of Trump’s opponent Hillary Clinton as well as to deflect public attention from actual instances of election fraud and corruption.