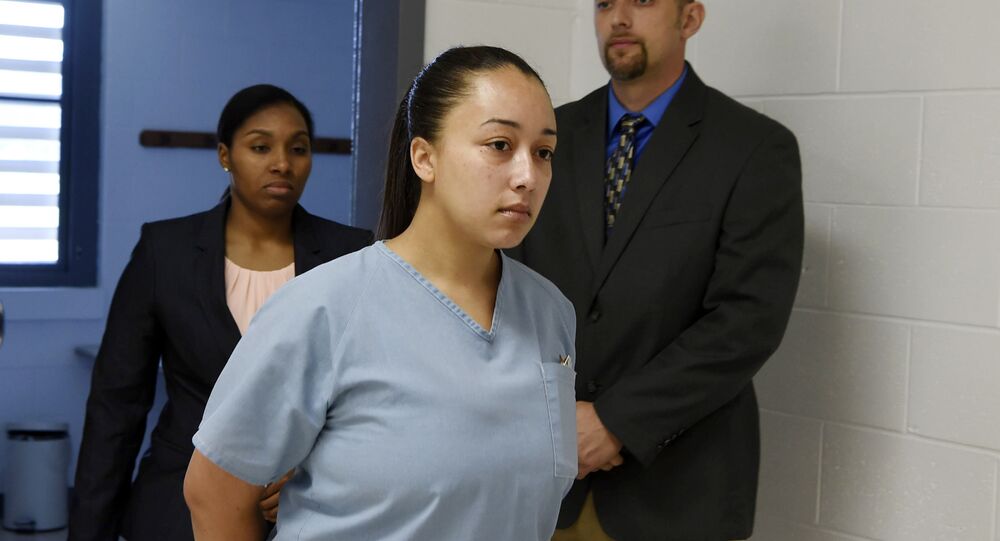 A woman who was 16 years old when she was convicted of killing a man who allegedly hired her for sex was granted clemency and released from a Tennessee prison on Wednesday after serving almost 15 years of a life sentence.

Cyntoia Brown, a former sex trafficking victim whose story gained prominence through celebrity exposure and social media, was able to walk free from the Tennessee Prison for Women due to a commutation of her sentence by then-Governor Bill Haslam in January.

Brown, who is now scheduled for 10 years of parole, was convicted of murder in October 2006 for killing 43-year-old real estate agent Johnny Allen in Nashville, Tennessee, and sentenced to life in prison, with a possibility of parole after serving a minimum of 51 years.

Shortly after running away from home and becoming homeless at age 16, Brown was forced into prostitution by Garion L. McGlothen, whose street name was “Kut-Throat.” According to Brown’s testimony, she met Allen at a Sonic Drive-In on the night of August 6, 2004.

Brown agreed to go home with Allen and says she agreed to have sex with him for $150. Before the act could occur, the 16-year-old shot Allen in the back of the head at close range with a handgun and fled the scene in his Ford truck. Brown also stole Allen’s wallet and $172.

In late 2017, celebrities such as Rihanna and Kim Kardashian West brought global attention to Brown’s case, asserting that the teen found the courage to fight back against Allen, a would-be child rapist.

did we somehow change the definition of #JUSTICE along the way?? cause..... Something is horribly wrong when the system enables these rapists and the victim is thrown away for life! To each of you responsible for this child's sentence I hope to God you don't have children, because this could be your daughter being punished for punishing already! #FREECYNTOIABROWN #HowManyMore

According to Brown’s testimony, she believed Allen reached for a weapon, which intimidated her and led to his subsequent murder.

Investigators, however, are still pushing back against Brown’s story to this day, and according to court documents, the 43-year-old died in his sleep.

In a letter penned to Haslam in January and obtained by local Tennessee news station WTVF, Metro Detective Charles Robinson asserted that “Cyntoia Brown did not commit this murder because she was a child sex slave as her advocates would like you to believe” and that her “only motivation for the murder was robbery.”

The detective also referenced multiple interviews with individuals who said that Brown admitted to killing Allen.

"Cyntoia Brown committed, by her own admission, a horrific crime at the age of 16," Haslam said in a January statement. "Yet, imposing a life sentence on a juvenile that would require her to serve at least 51 years before even being eligible for parole consideration is too harsh, especially in light of the extraordinary steps Ms. Brown has taken to rebuild her life."

Haslam noted that while incarcerated, Brown earned her GED and received an associate degree through the Lipscomb Initiative for Education Program, while maintaining a 4.0 GPA. At the time, she was slated to receive a bachelor’s degree in May 2019.

"I’m blessed to have a very supportive family and friends to support me in the days to come. I look forward to using my experiences to help other women and girls suffering abuse and exploitation,” Brown said via a statement from her lawyer, issued days before her Wednesday release.

Politicization of the Death Penalty Continues with US Federal Revival