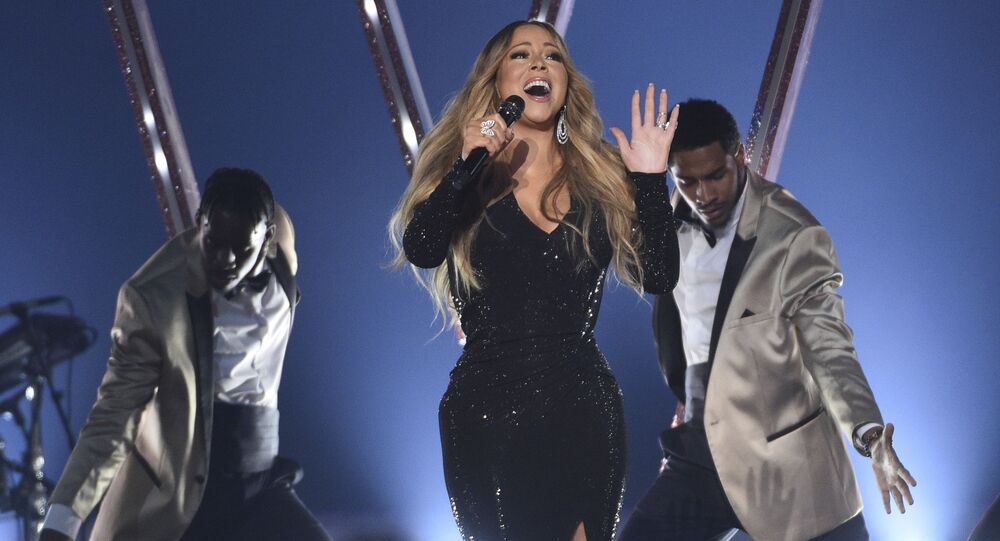 The Grammy-winning pop diva has long refrained from making political statements, citing her celebrity status, but this time the Trump-snubbing comment could be intentional.

Mariah Carey has posted a picture with Hillary Clinton on her social media accounts, calling the former secretary of state and 2016 Democratic candidate a “president”.

Carey posed for a photo with Hillary Clinton and her husband, former President Bill Clinton, when she attended a celebrity-packed Barbara Streisand concert in New York City on Saturday night.

“An honor to meet President Clinton and her husband, former President Bill Clinton!” Carey wrote both on Twitter and Instagram. “Thank you for everything you have done and continue to do for our country.”

Although Mariah Carey is known to be a Clinton supporter, it was not immediately clear whether her reference was a typo or an overt dig at Trump.

An honor to meet President Clinton and her husband, former President Bill Clinton! 😊 Thank you for everything you have done and continue to do for our country. ❤️🇺🇸 pic.twitter.com/uPj1WXQjnm

Hillary Clinton returned the favour on both platforms too, saying: “The honor is ours; it’s not every day you meet a queen.”

The provocative caption did not go unnoticed, with commenters splitting into two hostile camps, as usual.

One person joked: “Pretty sure there’s something in the Constitution that says if ‘Mariah Carey claims thou as president, then thou is president’.”

A number of Trump supporters showed up in the comments as well. “I didn’t know losing made you president,” a user wrote.

My favorite thing he did was Monica Lewinsky!

Thank you Mrs. Clinton for all you’ve done...to get President Trump elected!

Queen of not knowing Trump

Although Carey is known to be an avid Clinton supporter – and was once photographed shaking hands with Bill Clinton in 2001 – she largely steers away from expressing her political preferences.

When asked in a 2016 interview whether she supported Donald Trump or Hillary Clinton for president, Carey said she didn’t want to speak openly about it.

“It’s so hard, because I’m just an entertainer,” she said. “I’m not a political analyst. So I don’t want to be vocal about my true feelings about all of this, but I have them.”