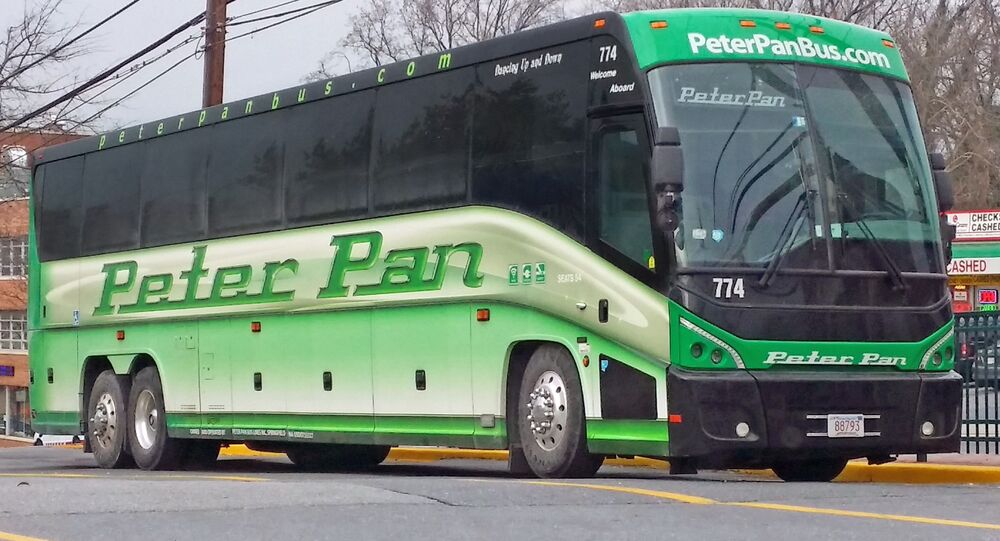 A coach bus driver faces charges of reckless endangerment, unlawful restraint and breaching the peace after allegedly knowingly locking a passenger in the vehicle’s luggage compartment and before it drove off.

Wendy Helena Alberty, 49, an off-duty Peter Pan bus driver, was arrested Sunday near Willington, Connecticut, after a 32-year-old woman from Long Island, New York, called 911 to report that she had been locked under the coach bus by Alberty.

Police dispatchers were able to ping the victim’s cell phone and eventually tracked the bus down around 4:00 p.m., when it was being operated by another driver and en route to Boston. Alberty was off-duty on this leg of the trip, but was still a passenger at the time of her arrest on Interstate 84.

According to Connecticut State Police, the woman told dispatchers that she had been “purposefully locked” inside the luggage compartment by Alberty when she went to retrieve something from her bag.

The 49-year-old bus driver faces a felony charge of unlawful restraint, and lesser charges of reckless endangerment and breaching the peace. Alberty was held on a $2,000 bond and is expected to appear in court on August 21.

Caroline Van Allen, a 28-year-old passenger on the Boston-bound coach bus, told WBZ-TV that passengers closer to the front of the vehicle could actually hear the trapped woman through the floor.

“Why didn’t [Alberty] see a human being in there? Why did not the woman say, ‘Hey don’t close that?'” Van Allen asked, noting that she was still confused by the entire situation. “They did not tell us anything; we just watched as this woman, extremely calmly, took all of her belongings. She did not say one word to the driver.”

It’s not clear how far the bus traveled before the woman was set free, but it is known that the driver pulled over due to police lights, rather than screams from below.

“[They] act like nothing happened. And we go and we go to Boston, no explanation. And when we arrive, not even a ‘welcome to Boston,’” Van Allen explained to the outlet.

In a Monday statement, Peter Pan Bus Lines said Alberty, who has been with the company since 2012, is now under a “investigative suspension.” The company also claimed they have never had something like this happen in their 86 years of operation.