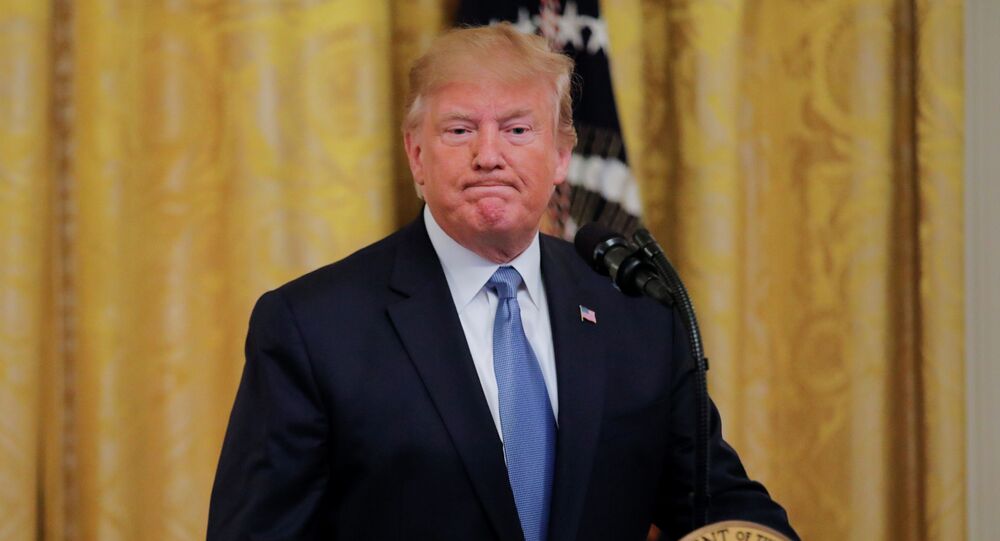 'Donald Ttump': US President Misspells His Own Name on Twitter

US President Donald Trump, who has often managed to amuse social media with his Twitter gaffes such as the infamous "covfefe", has now upped his game further with one of his latest tweets misspelling his very own surname.

Describing his meeting with Google CEO Sindar Pichai in the Oval Office, Trump wrote that the things the former told him “sounded good until I watched Kevin Cernekee, a Google engineer, say terrible things about what they did in 2016 and that they want to “Make sure that Trump losses (sic!) in 2020.”

....are NOT planning to illegally subvert the 2020 Election despite all that has been said to the contrary. It all sounded good until I watched Kevin Cernekee, a Google engineer, say terrible things about what they did in 2016 and that they want to “Make sure that Trump losses...

It probably comes as no surprise that this gaffe was soon noticed by keen-eyed social media users, many of whom seized on the opportunity to make fun of the US head of state.

Some were also quick to recall how the president recently misstated the location of a deadly mass shooting that took place in the state of Ohio this weekend.

There’s no end to your stupidity. #TtoledoTtump

This, however, was hardly the first time Trump left the public in stitches thanks to the spelling mistakes in his tweets that almost border on the creative, with one of the latest episodes involving him describing a member of the British royal family as the "Prince of Whales".

And his daughter Ivanka committed a similar blunder when she congratulated Boris Johnson via Twitter on "becoming the next Prime Minister of United Kingston".