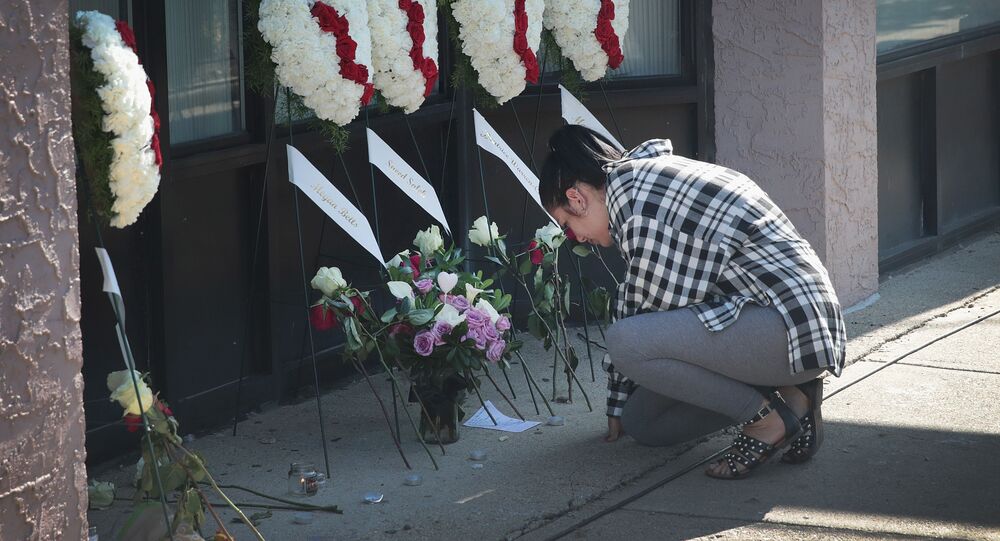 Earlier on Monday, US President Donald Trump addressed the nation after the deadly shootings in Texas and Ohio over the weekend. He said that more measures should be taken to curb "violent culture, including video games that celebrate violence."

US authorities have no indication that that race was a motive in the weekend shooting in Ohio that left at least nine people dead, Dayton Police Chief Richard Biehl said during a press conference on Monday.

"We have a lot of evidence still to go through. Just based on where we are at now, we are not seeing any indication of race being a motive, but we are not through all the evidence," Biehl said.

Biehl added that authorities do not know whether the suspect intentionally shot his sister.

© AP Photo / John Minchillo
Bodies are removed from at the scene of a mass shooting, Sunday, Aug. 4, 2019, in Dayton, Ohio. Several people in Ohio have been killed in the second mass shooting in the U.S. in less than 24 hours, and the suspected shooter is also deceased, police said

He also told reporters that up to 32 people were wounded in the Ohio shooting, including 14 people who suffered gunshot wounds.

"In terms of the persons injured we are getting different information from other sources, persons treated in the hospitals. So, we have previously said 27, there is some information there is 32," Biehl said. "I can confirm to you there is at least 14 of those injured whether that number is 27 or 32, at least that were injured through gunshot wounds."

Ten people, including the shooter Connor Betts, were killed in the attack on a nightlife district in Dayton, Ohio, on Sunday.