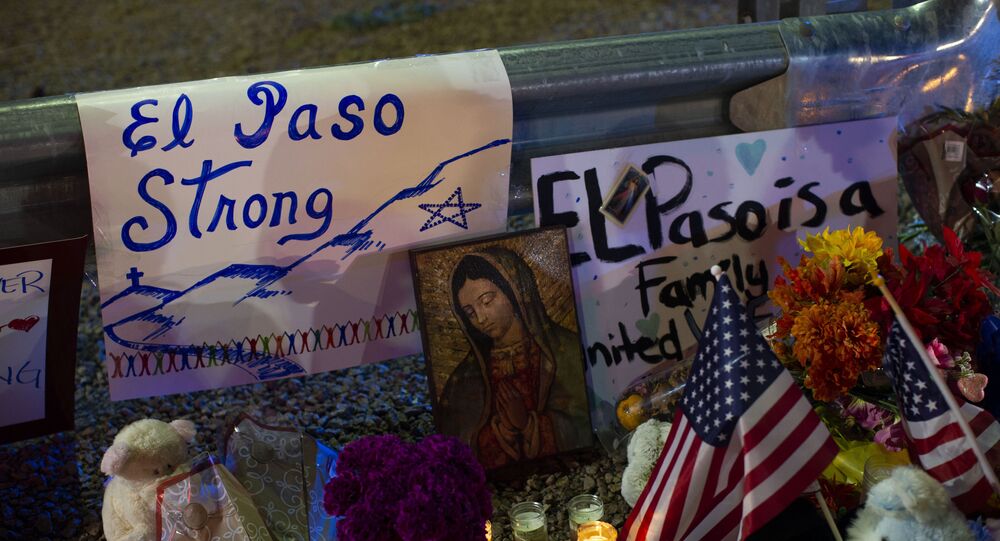 In less than 24 hours, two separate shootings occured in El Paso, Texas and Dayton, Ohio, leaving a combined total of 29 people dead and at least 50 injured.

The FBI is concerned that recent shootings in El Paso and Dayton may inspire US-based extremists to “engage in similar acts of violence”.

“The attack in El Paso, Texas, underscores the continued threat posed by domestic violent extremists and perpetrators of hate crimes,” the bureau said in a statement Sunday, adding that its Domestic Terrorism-Hate Crimes Fusion Cell, established in spring 2019, is investigating the shooting.

The FBI is also providing assistance to local police investigating the Dayton attack.

“On behalf of the FBI, I offer sincere condolences to the victims, families, and communities affected by this weekend’s violence, and we stand by them during this difficult time. We will bring the full resources of the FBI to bear in the pursuit of justice for the victims of these crimes,” said FBI Director Christopher Wray.

He added he had been in contact with President Donald Trump and Attorney General William Barr, who both had praised the FBI for its work in the wake of the attacks.

Donald Trump is expected to make a statement about the shootings Monday. Speaking to reporters over the weekend, he said: “This is also a mental illness problem. These are people that are very, very seriously mentally ill.“

A gunman opened fire at an El Paso shopping centre on Saturday, leaving 20 people dead and 26 others injured. Six Mexicans reportedly died and seven were wounded in what authorities believe was a racially motivated attack.

In a Facebook post, El Paso County Sheriff Richard Wiles said: “This Anglo man came here to kill Hispanics. I'm outraged and you should be too. This entire nation should be outraged. In this day and age, with all the serious issues we face, we are still confronted with people who will kill another for the sole reason of the colour of their skin.”

The suspected shooter, identified as a 21-year-old Patrick Crusius, had purportedly published an anti-immigrant manifesto prior to the attack and is now facing capital murder charges, with authorities seeking the death penalty for him.

Just hours after the El Paso massacre, 10 people were killed and 27 injured in a separate domestic terror attack in a nightlife district in Dayton, Ohio.

The suspect, who also died in the attack, was identified as 24-year-old Connor Betts. Officials have confirmed that he killed his own sister, 22, at the scene.

As per reports, both attacks were carried out with an semi-automatic rifle that had been purchased legally.