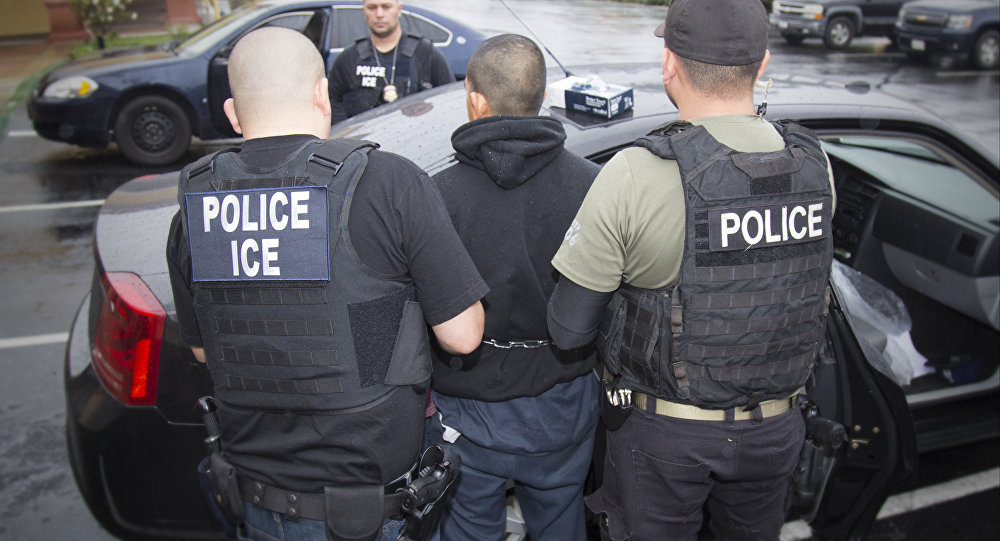 US Immigration and Customs Enforcement (ICE) agency said Sunday that it stops conducting immigration enforcement operations "during tragedies" such as the domestic terror attack in a Walmart in El Paso, Texas, AP reported, citing a spokesperson for the agency.

In particular, ICE spokeswoman Leticia Zamarripa said, cited by AP, that the agency had immediately responded to aid local and state law enforcement officers as the shooting unfolded.

Saturday's gun massacre in a Walmart at an El Paso shopping area saw 20 people killed and over two dozen injured.

The suspect was identified by police as Patrick Crusius, a 21-year-old male. Before arranging the shooting, Crusius had tweeted a manifesto in which he supported the terrorist attacks in two mosques in New Zealand's Christchurch in March. In the manifesto, the Texas killer declared that his actions were a form of protecting his country from a foreign "invasion" which he claimed was damaging the culture and economy of the US.

The shopping center where the terror attack took place is in close proximity to the US-Mexican border. A significant part of its customers are Mexicans who come to El Paso to purchase goods they cannot find in Mexico.

US President Donald Trump has ordered flags to be flown at half-staff to acknowledge the victims of the terror attacks, and said that he would make a statement at 10 a.m. in Washington DC on Monday.

The killings are being treated as acts of domestic terrorism by US law enforcement agencies.