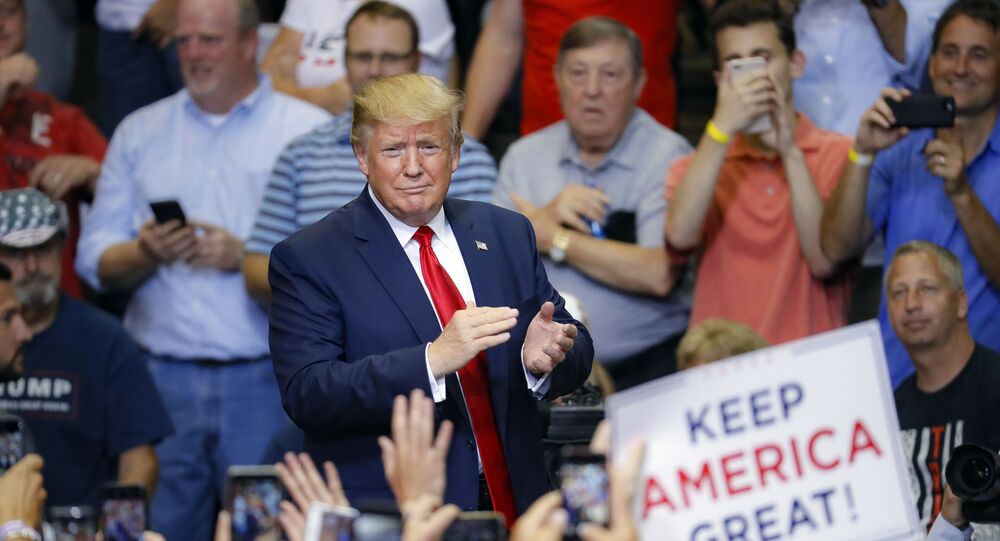 US President Donald Trump said on Sunday that he had discussed the recent deadly gun massacres in the city of El Paso and in the city of Dayton with the Federal Bureau of Investigation (FBI) and with the US Attorney General William Barr, and had added that the gun violence must be stopped.

"Hate has no place in our country, and we're going to take care of it [...] We have to get it stopped. This has been going on for years... and years in our country", Trump said Sunday in Morristown, New Jersey, cited by Reuters, AP, and AFP.

"Hate has no place in our country, and we are going to take care of it. I spoke to Attorney General Bill Barr, I spoke to Christopher Wray, director of the FBI, spoke to both governors [of Ohio and Texas] ... spoke to members of Congress about whatever we can do. A lot of things are being done right now," Trump told reporters after arriving at the airport in Washington.

The US president said he would make a statement on Monday about the shooting massacres.