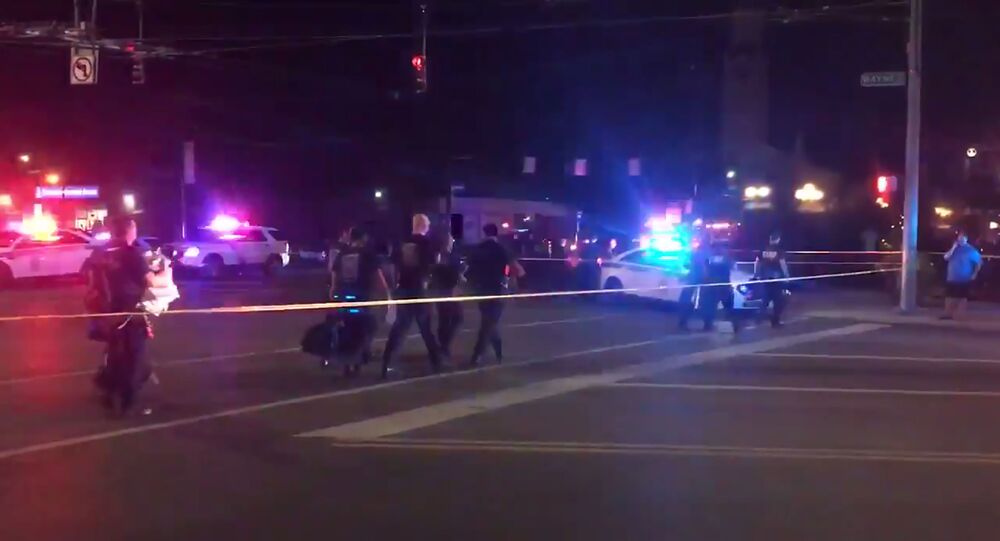 Police have determined the identity of the gunman behind the recent deadly mass shooting in Dayton, Ohio, after he killed nine and injured 26, local media reported on Sunday.

According to earlier official statements, Betts was killed by police at the scene within a minute after he started killing people with his gun.

According to AP, citing local authorities, Betts wore a bulletproof vest, a mask, hearing protection, and was carrying at least 100 rounds.

US President Donald Trump ordered flags to be lowered to half-staff to acknowledge those killed in the massacres in the states of Texas and Ohio, a statement from the White House said on Sunday. Flags will be also lowered to half-staff at all United States embassies, consular offices, and other facilities abroad, including all military facilities and naval vessels and stations.