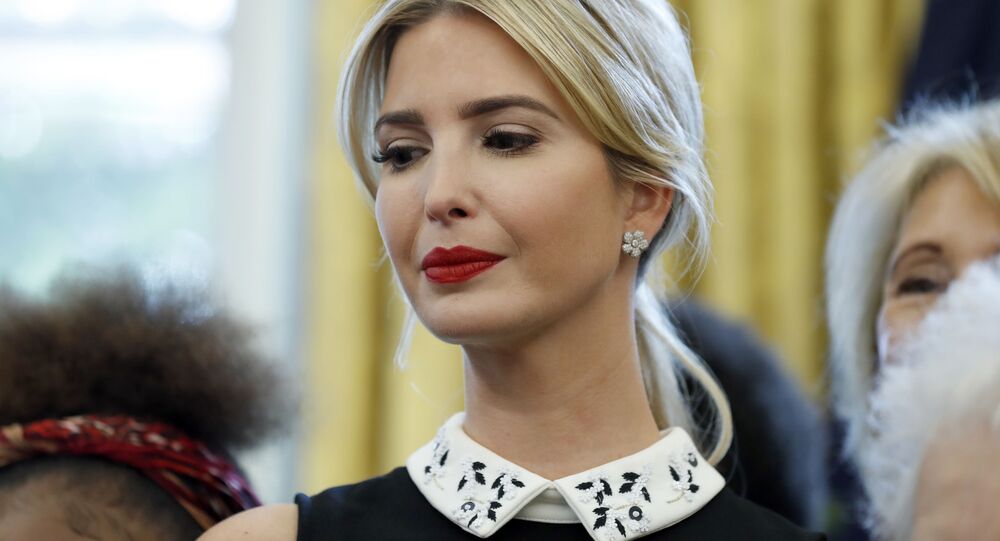 The businesswoman-cum-presidential adviser has taken a lot of flak for her increasing involvement in the politics of the United States without having real diplomatic qualification.

For those who ever wondered who the real Ivanka Trump is, New York Magazine and Luminary Media have teamed up to launch a new podcast about the US first daughter, whose name has dominated tabloids for years and is still clogging daily headlines.

According to Luminary Media, the podcast, "Tabloid: The Making of Ivanka Trump", will focus on the evolution of the president's daughter and is a "full-life inquiry into the making of Ivanka Trump, from child of very public 1980s divorce to teenage party girl and then her trophy-collecting father's very favourite trophy".

On Tabloid, a new podcast from New York Magazine and Luminary Media, @vanessagrigor investigates the evolution of Ivanka Trump. Listen to a preview now https://t.co/oIA9IYxqOe

"I think that she's a Hillary, a young, never having a bad hair day Hillary", a person in the preview of the podcast says.

In the beginning of the first episode, Grigoriadis addresses Trump's inauguration and says that she was fascinated with Ivanka's outfit: the first daughter was wearing a white pantsuit, per The Cut.

© AFP 2021 / SAUL LOEB
Ivanka Trump arrives for the Presidential Inauguration of her father Donald Trump at the US Capitol in Washington, DC, January 20, 2017.

Some people Grigoriadis talks to say that they were shocked by who Ivanka had become and assert that they had even sent her emails following Donald Trump's 2016 win to tell her that "she could still be a good person, if she wanted to be".

Other participants of the much-hyped podcast allegedly said Ivanka "can be compared to people like the daughters of a dictator, adding that she's "in disguise", and "lost track of who she actually is". There were, however, those who sympathised with the young woman, saying, "I feel bad for her sometimes having a father like that".

The first season of the podcast consists of eight episodes and premieres on Monday, 5 August.

Ivanka Trump has made thousands of headlines after her father won the 2016 presidential election - and most of them have been negative.

She has been severely criticised for her "unwanted" presence at the G-20 summit in Osaka, Japan, in June 2019, for having great influence at the White House despite having no diplomatic qualification, and allegedly using her personal email account when already in a governmental role.