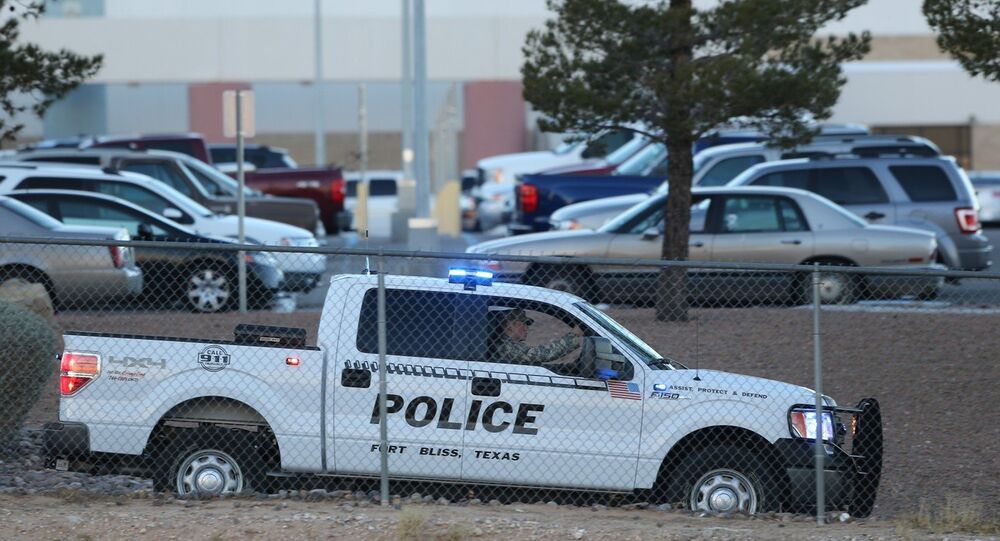 WASHINGTON (Sputnik) - A 21-year-old white man has been arrested after performing a gun massacre that killed 20 and injured dozens inside a Walmart in El Paso, Texas, the city's Police Chief Greg Allen told reporters on Sunday.

"I am not going to give his name right now. He is a 21-year-old white male out of Allen, Texas", the Texas police chief said at the news conference.

The law enforcement boss refused to confirm what weapons were used, but referred to social media posts in which the suspect is shown with an AK-47. The killer, reportedly identified as 21-year-old Patrick Crusius, was armed with a rifle that he used to kill 20 and injure many more at a Walmart in El Paso on Saturday.

The incident may be classified as capital murder and a hate crime, he said. Police Chief Allen also confirmed that only one person has been detained, and that the suspect surrendered to the at the scene.

Previously, US-based media had made comparisons between the claims of the El Paso shooter and a purported manifesto posted online by an Australian gunman who in March killed 50 people and injured 50 more in the city of Christchurch, New Zealand, in a series of mosque shootings.