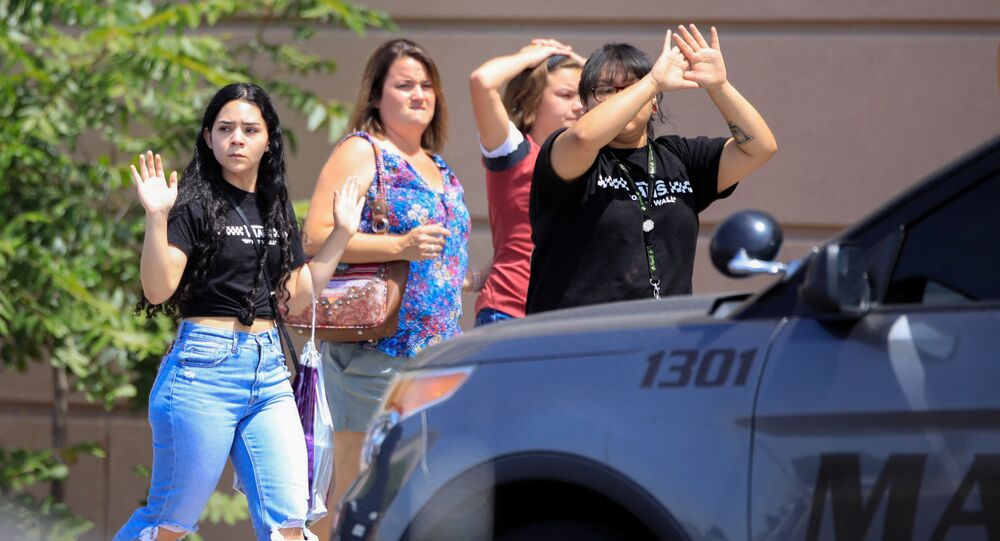 El Paso police reported earlier an active shooting near at the Walmart Cielo Vista Mall n El Paso city, Texas and urged locals to stay away from the area. US media reported at least 19 fatalities in the incident, many others were reported injured.

There were no Russian citizens among those killed or injured in Texas shooting, Russian Consulate General in Houston said on Saturday.

"According to the police department of El Paso, Texas, so far there is no information that Russian citizens were affected by the shooting on August 3", it said on Twitter.

The diplomatic mission expressed sincere condolences to the families of the victims.

Meanwhile, US President Donald Trump on Saturday described the deadly shooting at the Walmart Cielo Vista Mall in El Paso city, Texas, as "terrible", and confirmed that many people had been killed, adding that he maintains contact with local authorities and has pledged support of the Federal Government.

According to the latest reports, one suspect has been detained.