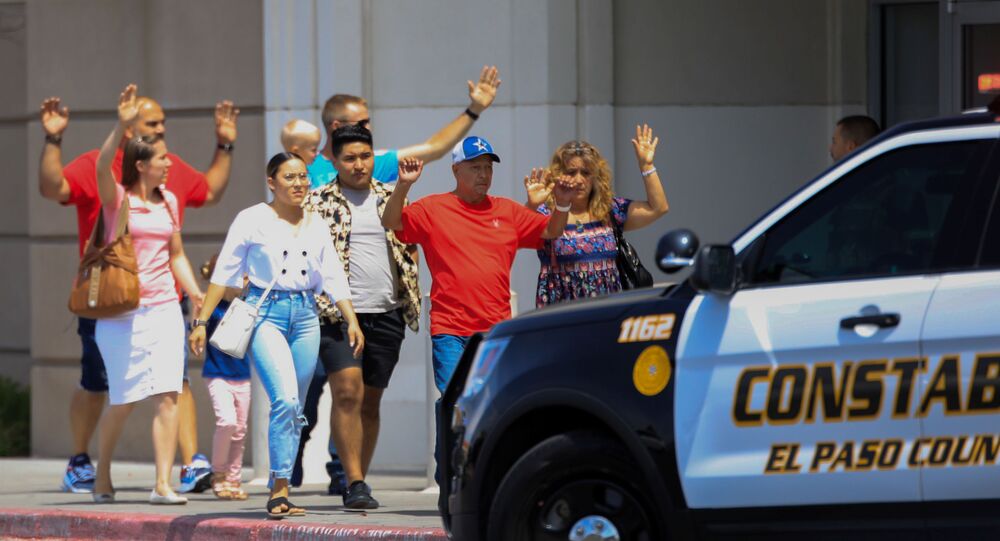 A reported 20 people were shot dead and 26 injured in a gun shooting massacre inside a Walmart in the Cielo Vista Mall in El Paso, Texas, on Saturday. One suspect has been detained after surrendering to police.

Earlier on Saturday, witnesses said, cited by local media, that they heard multiple gunshots, and claimed that there were several people with guns at the Walmart. Social media users posted footage said to be at the scene of the massacre.

This is where the incident is unfolding right now in El Paso, Texas pic.twitter.com/v6XXf5h38Z

At 11:03 am local time (15:03 GMT) El Paso police reported that they had responded to an active shooting near the Cielo Vista Mall and urged people to stay away from the area. Over an hour later, police said the scene was still active and confirmed that they had received reports of multiple shooters.

The Federal Bureau of Investigation in El Paso also confirmed that they had responded to the Walmart gun massacre and were "assisting and coordinating with El Paso police".

A shooter entering a shopping center in El Paso, Texas where multiple people have reportedly been killed. Photo from a security camera obtained by Sputnik #elpasoshooting pic.twitter.com/AUjjVtzAY2

According to the governor of Texas, 20 people have been killed and another 26 injured in the shooting. The incident may be classified as capital murder and a hate crime, El Paso Police Chief Greg Allen said during a news conference.

El Paso, which has about 680,000 residents, is in southwest Texas and sits directly across the border from Juarez, Mexico.