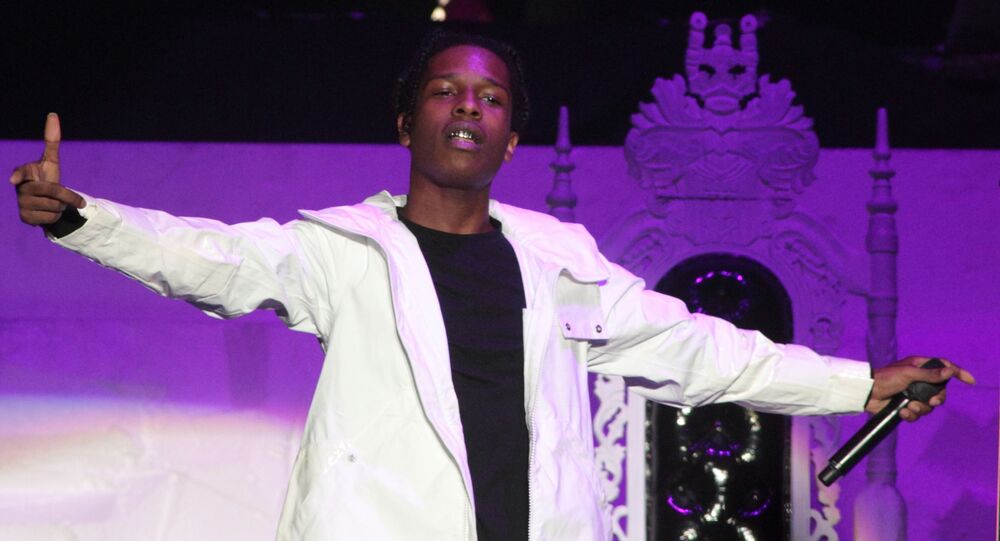 Although the American rapper has been released from Swedish jail and returned to the US, the hype surrounding the high-profile case over his reported brawl in Stockholm hasn’t seemed to subside. New revelations suggest that US authorities were ready to go further than Donald Trump’s supportive tweets.

The US government warned Sweden that ASAP Rocky’s case might affect the two countries’ bilateral relations if the award-winning rapper, whose real name is Rakim Mayers, was not released.

“The government of the United States of America wants to resolve this case as soon as possible to avoid potentially negative consequences to the U.S.-Swedish bilateral relationship", Ambassador Robert O'Brien wrote to Sweden's Prosecutor-General Petra Lundh in a special letter, leaked by the outlet Aftonbladet.

In the message, sent on 31 July, he demanded an immediate humanitarian release of Mayers and his two staffers from Swedish jail, as well as their “supervised detention in a local Stockholm hotel pending final disposition”. He also vouched for the trio.

The Swedish prosecutor, however, rebuffed his plea and noted that it is only up to the court to decide whether somebody can be released from jail. She also noted that no other prosecutor, not even herself, “may interfere with a specific case or try to affect the prosecutor responsible". So Lundh refused to take any action to accommodate the US envoy’s request.

On 2 August, the Swedish court released ASAP Rocky and his two staffers from custody, allowing them to return to their families in the US. The decision was marked with a celebratory tweet by Donald Trump featuring a couple of puns.

​The US president, as well as his son-in-law Jared Kushner, several A-listers, including Trump’s vocal supporter Kanye West and reality TV star-turned prison reform activist Kim Kardashian, publicly stood up for the rapper.

ASAP Rocky and his staffers were jailed after a street fight with two men in Stockholm. Both sides' stories of the event completely contradicted each other.

The performer pleaded not guilty and stressed that he wanted “justice” and “his name cleared”. Rocky claimed that he and his comrades were stalked by “some drug addicts” and eventually provoked to engage in a street fight in order to defend themselves. The plaintiff, 19-year-old Afghan-born Mustafa Jafari, argued that it was he who was attacked and severely beaten up.

Jafari, whose own criminal record involves abuse, drug offences, and shoplifting, demanded SEK 139,700 (almost $15,000) in damages, claiming he had gone through a lot of pain and suffered reputational damage.