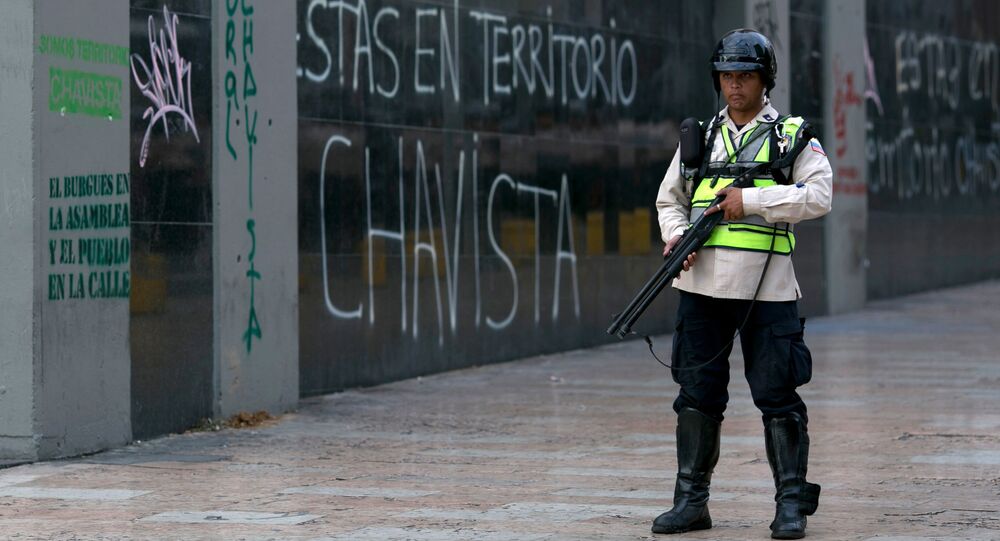 WASHINGTON (Sputnik) - The United States has introduced sanctions against the commanders of Venezuela’s police special forces and military counterintelligence over alleged human rights abuses, US Secretary of State Mike Pompeo announced in a statement.

"The United States is publicly designating Rafael Enrique Bastardo Mendoza, Commander of Venezuela’s police special forces (the FAES), and Ivan Rafael Hernandez Dala, Commander of military counterintelligence (the DGCIM), for their involvement in gross violations of human rights", Pompeo said. "The security and intelligence organisations led by Bastardo and Hernandez have been implicated for their human rights violations and abuses and the repression of civil society and the democratic opposition.  These acts were documented extensively in the 5 July 2019 report by the United Nations High Commissioner for Human Rights, as well as credible reports by other human rights organisations".

"Section 7031(c) allows the Department of State to revoke visas for foreign officials and their immediate family members in cases where the Secretary of State has credible information that those officials have been involved in significant corruption or a gross violation of human rights", he said. "Such individuals and their immediate family members are ineligible for entry into the United States".

The US administration has in recent months been tightening sanctions on Venezuela as part of its campaign to oust President Nicolas Maduro and replace him with opposition leader Juan Guaido, who proclaimed himself Venezuela's interim leader in January.

Venezuela has been suffering a humanitarian and political crisis that intensified in January after President Nicolas Maduro's re-election.