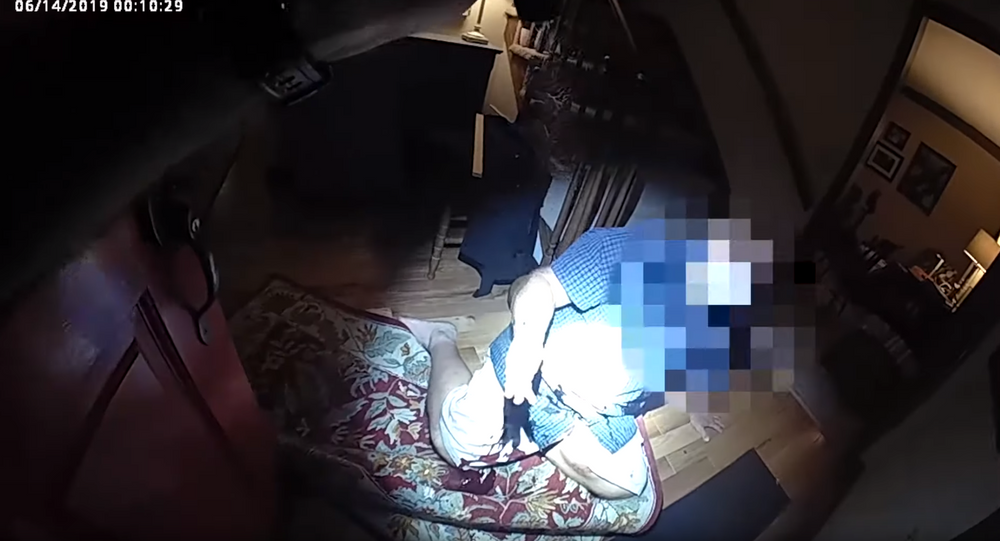 One day after releasing bodycam footage of their deputy shooting a 62-year-old South Carolina man through the window of his own home, the Greenville County Sheriff’s Office (GCSO) has admitted to providing misinformation in their initial reporting of the incident.

Responding to an 11:49 p.m. emergency call allegedly issued from a cell phone application, a Greenville deputy is seen in the footage examining the outside of the house after ringing the doorbell. The officer illuminates the homeowner with his flashlight in the window, through which the officer is then seen firing shots.

The man, who also had a gun but did not fire, sustained gunshots to his groin and chest.

After some time, the man is able to confirm that he is the homeowner and claims that nobody called the police. The GCSO maintains that they received an alert from a “cell phone medical assist app from an occupant inside the residence.”

Speaking in a video interview with local news station WHNS on June 14, Lt. Ryan Flood said “the deputy that showed up, as a solo deputy, went to go make contact at the door. The deputy was soon greeted by the homeowner who immediately jerked open the door, presented a handgun and pointed it directly at the deputy, at which time the deputy fired at least one shot.”

However, police issued a follow-up statement on Tuesday, one day after the body camera footage went public, to clarify that someone other than the deputy who fired the shots miscommunicated that the homeowner opened the door. They provided no further explanation for the misinformation.

The gunshot victim has since been identified as Dick Tench, according to his attorney Beattie Ashmore, who spoke with USA Today Monday morning.

“[Tench] carries a concealed weapons permit. That’s a four-hour class where they teach you to first know what you’re shooting at when you first pull the trigger. Apparently, the officer didn’t attend that class,” he told the outlet.

Ashmore also revealed that his client was grazed by two other bullets, bringing the total number of known shots to four.

The deputy remains on paid administrative leave, and Tench is recovering at home after having to spend approximately 30 days with two bullets still lodged in his body, according to his lawyer.

Since June 10, 2015, all law enforcement agencies of South Carolina have been required by state law to fit their officers with body cameras.

While the legislation had been moving through the proper legal avenues, it was accelerated by the shooting and killing of unarmed man Walter Scott by then-North Charleston officer Michael Slager on April 4, 2015. The story was the source of national outrage for months, as the murder was captured on a bystander’s cell phone. Slager later pleaded guilty to federal charges of civil rights violations and is currently serving a 20-year prison sentence.