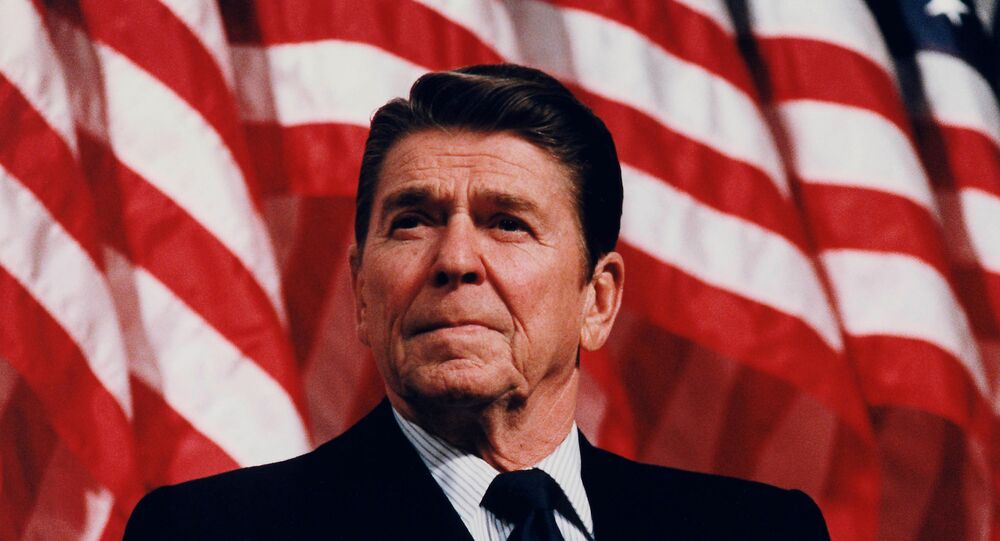 The National Archives released audio of a once-private conversation in which Ronald Reagan, much to then-US President Richard Nixon’s delight, used racially-charged language in reference to UN delegates from Tanzania.

On Tuesday, Tim Naftali, a Canadian-American historian and the former director of the Richard Nixon Presidential Library and Museum, published a piece in The Atlantic exposing audio from an October 1971 call between then-California Governor Reagan and President Nixon.

A recording of the phone conversation between the two was released in 2000 by the National Archives; however, this particular section of audio obtained by Naftali was previously withheld out of respect for Reagan’s privacy.

“Last night, I tell ya, to watch that thing on television as I did,” Reagan is heard saying in the 19-second audio clip. “To see those monkeys from those African countries … damn them they’re still uncomfortable wearing shoes!”

Nixon laughs throughout Reagan’s comments and replies, “The tail wags the dog there, doesn’t it?” Reagan agrees.

Reagan’s language was directed toward UN delegates from Tanzania. The then-California governor supported Taiwan and took exception to the delegates’ dancing in the General Assembly following a vote to allow a delegation from Beijing rather than Taipei.

Naftali also highlighted that more of Reagan’s language was referenced by Nixon in a subsequent phone call to Secretary of State William Rogers.

Recalling Reagan’s words, Nixon tells Rogers that the governor said he saw “these, uh, these cannibals on television last night, and he says, ‘Christ, they weren’t even wearing shoes, and here the United States is going to submit its fate to that,’ and so forth and so on.”

Throughout Reagan’s presidential campaigns and presidency, he embraced South Africa’s apartheid government and popularized the term “welfare queen” in his repeated references to one Chicago woman who abused public assistance.

“She has 80 names, 30 addresses, 12 Social Security cards and is collecting veterans’ benefits on four nonexisting deceased husbands,” Reagan said, according to a 1976 article from the New York Times.

“I leave it to Reagan scholars to take this and then connect it to comments about welfare queens and what this may or may not say about Reagan’s general view of race,” Naftali told the Washington Post.