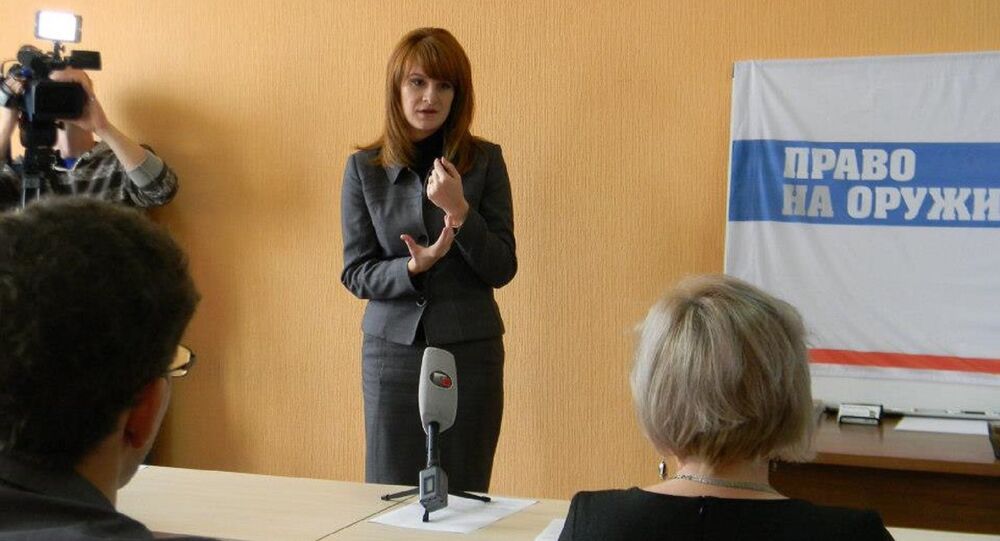 One of Maria Butina’s lawyers sent a letter to the US Department of Justice last week, complaining that federal prosecutors withheld exculpatory evidence about the Russian national during her trial.

A businessman who kindled a romantic relationship with Butina at the behest of the FBI told the bureau he didn’t think the Russian national was a foreign agent and that she was “more likely an idealist and age-appropriate peace activist,” according to Robert Driscoll, one of Butina’s lawyers.

Driscoll wrote a letter to Justice Department Inspector General Michael Horowitz and US Attorney John Durham last Thursday, saying that when asked, prosecutors had “denied the existence of any such Brady material,” referring to evidence favorable to the defendant that the prosecution in criminal cases is required to hand over, according to the Supreme Court’s ruling in Brady v. Maryland.

However, Driscoll says in his letter that “this new material suggests possible misconduct on the part of federal agents or assistant attorneys who investigated and prosecuted Maria.”

“Orally, during debrief sessions with Maria, I directly told the government that I believed Patrick Byrne, Chief Executive of Overstock.com, who had a sporadic relationship with Maria over a period of years prior to her arrest, was a government informant,” Driscoll wrote in his letter, according to Fox News contributor Sara Carter. “My speculation was flatly denied. My associate Alfred Carry made similar assertions in a separate debrief that he covered and was also rebuffed.”

Driscoll said that Byrne subsequently contacted him and confirmed that he “had a ‘non-standard arrangement’ with the FBI for many years, and that beginning in 2015 through Maria’s arrest, he communicated and assisted government agents with their investigation of Maria. During this time, he stated he acted at the direction of the government and federal agents by, at their instruction, kindling a manipulative romantic relationship with her,” Driscoll wrote.

“He also told me that some of the details he provided the government regarding Maria in response was exculpatory - that is, he reported to the government that Maria’s behavior and interaction with him was inconsistent with her being a foreign agent and more likely an idealist and age-appropriate peace activist,” the lawyer said.

Butina, 30, was arrested in July 2018 on suspicion of working for the Russian government as a foreign agent and held her for months in solitary confinement. A gun enthusiast, she used her free time during graduate studies at Washington, DC’s American University to contact US gun lobbyists with the National Rifle Association as well as conservative politicians who advocated greater gun ownership freedoms.

Butina pleaded guilty this past spring to being a foreign agent as part of a plea deal she was led to believe would result in her immediate deportation to Russia, but the judge who sentenced her in April 2019 changed the rules of her sentencing, meaning she will be imprisoned until October 25.

Butina, who filed to appeal her sentence in May, has no connections to the Russian government, and Moscow has maintained her innocence and strongly protested her treatment at the hands of the US justice system.