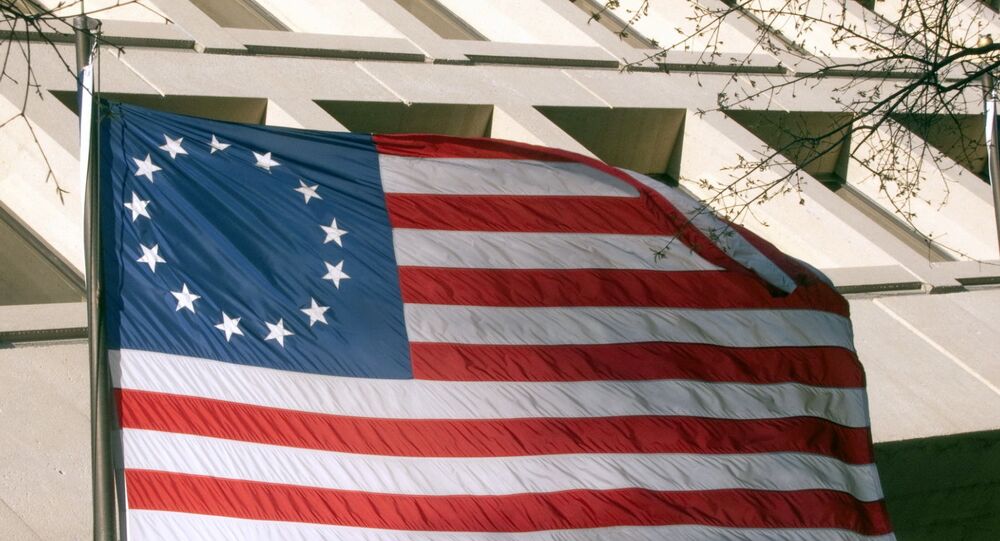 The report comes in the wake of Nike pulling its model of running shoes adorned with an old-time US flag, after its advertising representative Colin Kaepernick said the flag represented the era of American slavery.

Rush Limbaugh, the radio talk show host, has found a way to provide US people a way to make a statement against Nike’s controversial decision to pull flag-decorated shoes ahead of 4th of July, and it was a major success that allowed him to make a several million dollar donation, Fox News reported Monday.

Channeling his frustration with Nike, Limbaugh came up with a T-Shirt design featuring the now-controversial old US flag created by Betsy Ross in 18 century and “Stand Up For Betsy Ross!” slogan.

​The t-shirt, priced at $27, reportedly sold so well that the radio host was able to make a $3 million donation to “Tunnel to Towers,” a non-profit dedicated to supporting “families of fallen heroes and injured veterans,” according to Fox.

This morning, @limbaugh announced that the proceeds benefiting #Tunnel2Towers from the Betsy Ross t-shirt have reached $3 million. Thank you Rush, Kathryn & their listeners for this generosity. Your gift will help pay the mortgages of 6 #GoldStar & #FirstResponder families. pic.twitter.com/6NR2Wio7sA

​Frank Siller, the founder of the Tunnel to Towers, said last week that he was “beyond words” over the financial success of the project.

The Betsy Ross controversy unfolded around the 4th of July, when sports clothes maker Nike made a decision to pull their model of running shoes adorned with Betsy Ross flag over fears that the design may “unintentionally offend” some Americans. The decision came after the company’s advertisement representative Colin Kaepernick said he believed the flag symbolized American slavery.

I’m willing to purchase all of your “Betsy Ross Flag” shoes at $5 a pair. ALL of them. I will resell them and donate %50 of the profits to US Veterans charities such as @022KILL. Let me know. Let’s turn this into a positive. DM me for contact details.

​The move was criticized by Senate Majority leader Mitch McConnell and presidential family member Donald Trump Jr, with the former saying he’d make the first order if the company went along with the design, and the latter suggesting Nike should go with the communist-inspired red design instead if they are so fearful of US flag images.

According to the US flag code, “no part of the flag should ever be used as a costume or athletic uniform” or “used for advertising purposes in any manner whatsoever. It should not be embroidered […], printed or otherwise impressed on […] anything that is designed for temporary use and discarded.”