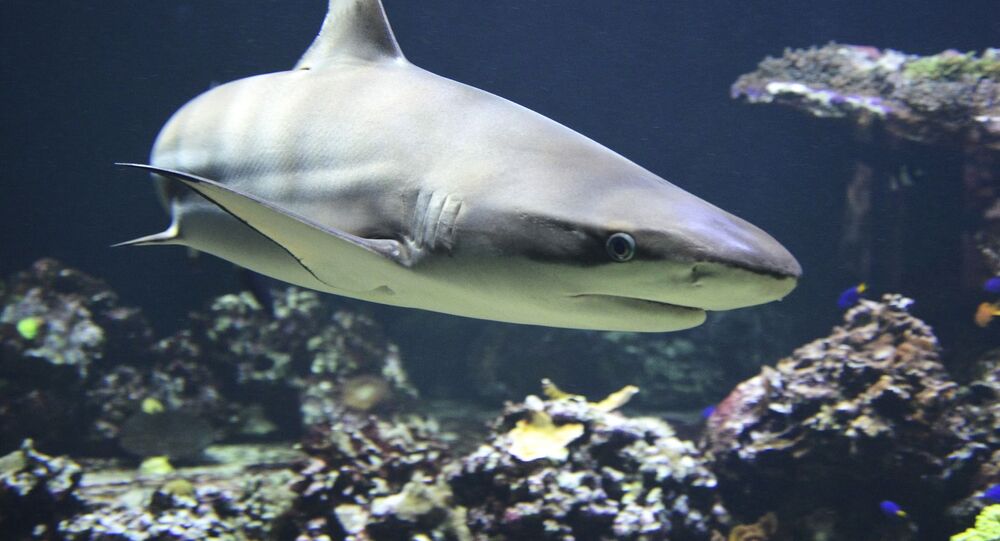 While most shark attack victims would rush to the hospital, a 23-year-old surfer used his battle wounds as a ticket for free drinks along Jacksonville Beach Pier in Florida.

Shark attacks appear to be more prevalent for US beachgoers this summer, but professional surfer Franklyn O’Rourke’s response to his vicious encounter with what is believed to be a blacktip shark on Saturday is one-of-a-kind.

RJ Berger, O’Rourke’s friend and fellow surfer, told local news outlet WJXT that he saw the shark knock his friend off his board after latching onto his arm. The fish was able to sink its teeth deep into O’Rourke’s arm, but did not go back for seconds after losing its grip.

“He was like, ‘I got bit by a shark,’ and people were like, ‘I’ll buy you drinks.’ So he went and hung out at the pier,” Berger told WJXT hours after the attack.

YouTube/News4Jax
Arm of Franklyn O’Rourke, professional surfer bitten by a shark on July 27, 2019.

Aside from getting his arm cleaned and bandaged by a lifeguard, O’Rourke did not seek further medical attention before heading off to the pier to cash in on his encounter.

Berger believes the fish that attacked O’Rourke was a blacktip shark, which according to National Geographic can exceed 200 pounds in weight as an adult and is a common suspect for shark attacks due to its love of warm, coastal waters.

Despite the biting encounter, Berger told CNN on Saturday that O’Rourke cannot wait to get back in the water, but did admit his friend was considering consulting a doctor on Sunday to see if he needed a “stitch or two.”

O’Rourke was not the only beachgoer attacked along the Florida coast over the weekend. Approximately one hour after the first attack, a 49-year-old man boogie boarding had his right thigh bitten by a shark, according to a Volusia County Beach Safety statement.

The unnamed man received immediate medical attention on the scene and, unlike O’Rourke, hopped in his car and went to Bert Fish Medical Center rather than a bar.