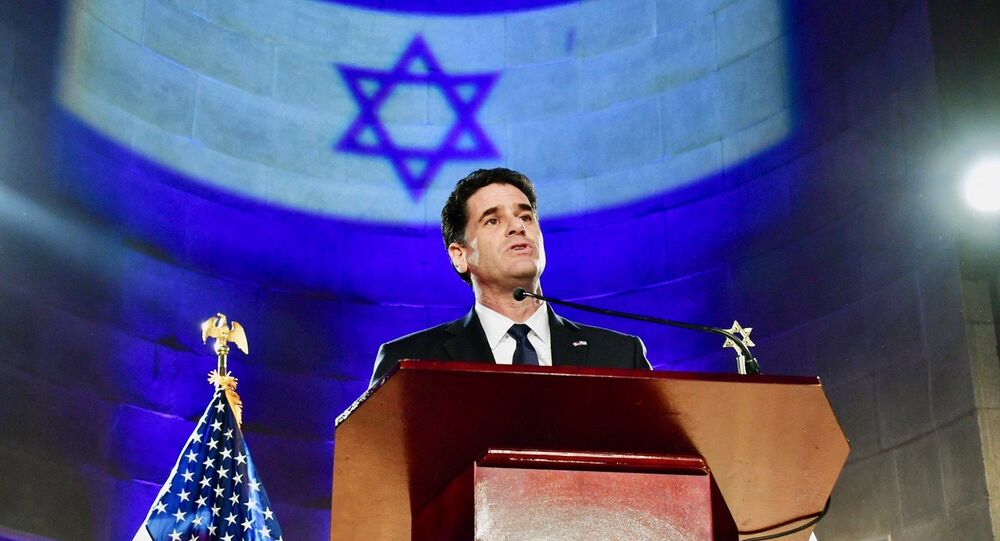 US officials announced that they had detected a medium-range ballistic missile test by Iran on 24 July. Iranian media reports later suggested that the test was conducted to maintain the country's defensive capacity.

Israeli Ambassador to the US Ron Dermer has made a "secret" trip to Alaska as part of efforts to boost the strategic cooperation between the two countries in countering Iran, Channel 13 reported, citing anonymous Israeli officials.

The broadcaster only revealed that Dermer's trip would make "an additional and significant upgrade in the security coordination with the US", as it was barred by the military censor from revealing more at the time. Additional details on the envoy's mission will be revealed in the coming days, the media outlet added.

The revelation comes amid reports that the Pentagon had detected that Iran conducted a test of the Shabaab-3 medium-range ballistic missile on 24 July. Neither the Pentagon nor Iran has commented the news, but Fars News Agency reported, citing an anonymous Iranian official, that the test was carried out in order to maintain the country's defences.

"An informed source at the armed forces staff said Iran's missile tests are natural within its defensive needs. This missile capacity is not against any country, and only aims to respond to possible aggression", the agency reported.

The official further stated that the Islamic Republic "does not need the permission of any power in the world" to conduct activities of a defensive nature, thus rejecting any possible criticism of Iran's actions. Notably, the US is currently seeking to impose limits on the country's missile programme, with President Donald Trump criticising the previous administration for failing to do so.

US Alarmed Over Alleged Chinese Intel Gathering in Israel