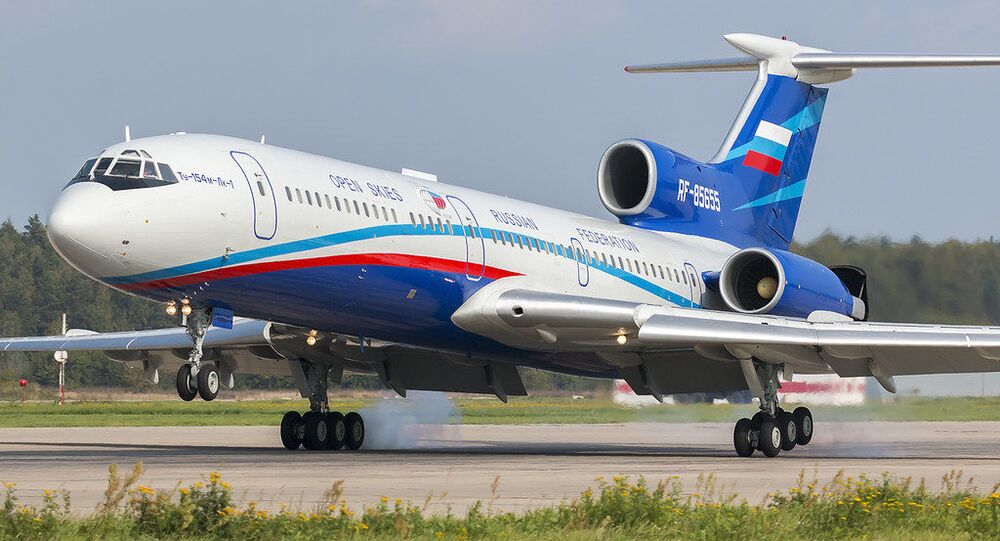 The Treaty on Open Skies allows nations to conduct mutual inspections of their military activities with the aim of building up trust between them. All flights under the agreement are monitored by representatives of the country being observed and are scheduled and planned in advance.

A modified Russian military Tu-154M-Lk-1 aircraft was spotted flying over Quebec in Canada, as well as other provinces on the Atlantic coast, flight tracking services reported. The plane flew over Canadian military facilities for around five hours as a part of the planned observation flight under the Open Skies Treaty.

The official newspaper of the Russian Defence Ministry, Krasnaya Zvezda (Red Star), reported earlier on 22 July that the Russian plane would be conducting the 6,150-kilometre long flight between 22 and 28 of July. The newspaper noted that the route had been agreed on with the Canadian side and that the country's experts on board would monitor the use of the Russian observation equipment.

Krasnaya Zvezda also said that a joint observation mission comprised of the US, Canada, and Hungary, would be conducted between 22 and 26 of July on board a Hungarian An-26 observation plane, without specifying its path.

The Treaty on Open Skies was signed in 1992 by 23 states to organise mutual observation flights over the territories of the accord's participants. The flights allow the parties to monitor each other's military activities, thereby building mutual trust. Both Russia and Canada have signed and ratified the treaty.

Russia to Conduct Observation Flight Over US Territory April 22-27

Russia to Conduct Observation Flight Over US Territory 24-29 June

Hungary, Canada, US to Conduct Observation Flight Over Russia