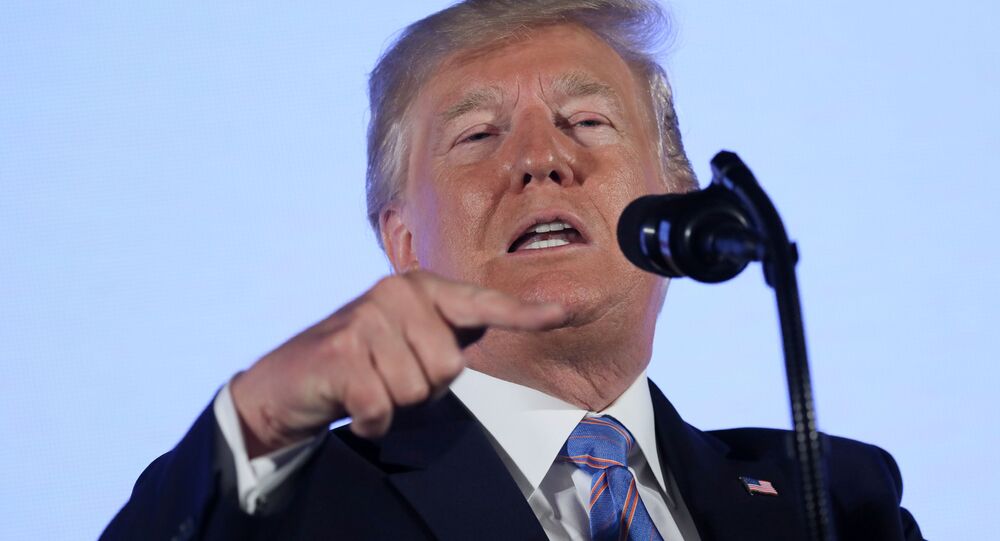 Mueller's performance in the back-to-back hearings was widely criticised, with serious concerns raised about his understanding of his own investigation, methods, and repeated refusal to answer key questions - in all, he declined to answer 198 queries put to him by Committee members.

In an interview with Fox News’ Sean Hannity on the evening of 25th July, he suggested Mueller’s poorly-received testimonies to two House Committees the previous day made “Sleepy Joe” Biden - who was “fading fast” - “look like a dynamo”.

“When you watch Mueller’s performance yesterday…I think probably Biden is the one that asked him to go on,” the President joked.

Trump has repeatedly taken aim at Biden’s age since the former Vice President announced his candidacy for the 2020 Presidential election - at 76, he’s three years older than the current POTUS, and one year younger than his rival Bernie Sanders, but Trump suggested age is very just much a number when asked in April by a journalist “how old is too old to be President?”.

“I just feel like a young man, I’m so young! I can’t believe it, I’m the youngest person. I’m a young, vibrant man. I look at Joe, I don’t know about him, I don’t know. I would never say anyone’s too old, but I know they’re all making me look very young, both in terms of age and I think in terms of energy. I think you people know that better than anybody,” he said.

In the same Fox interview, Trump went on to slam other Democratic candidates.

“Elizabeth Warren, formerly known as Pocahontas, I’m sure that’ll come out because that’s a tough thing for her to withstand. Her whole life was a fake!” he said, referencing her past claims of Native American ancestry.

“Bernie looks like he’s fading. It looks like he’s missed his time, you know what Hillary [Clinton] did a few years ago was pretty tough, frankly, for Bernie. I don’t think it’s his time, I see him flailing all over the place and going crazy. I call him ‘Crazy Bernie’! I don’t see anyone gaining traction,” he concluded.