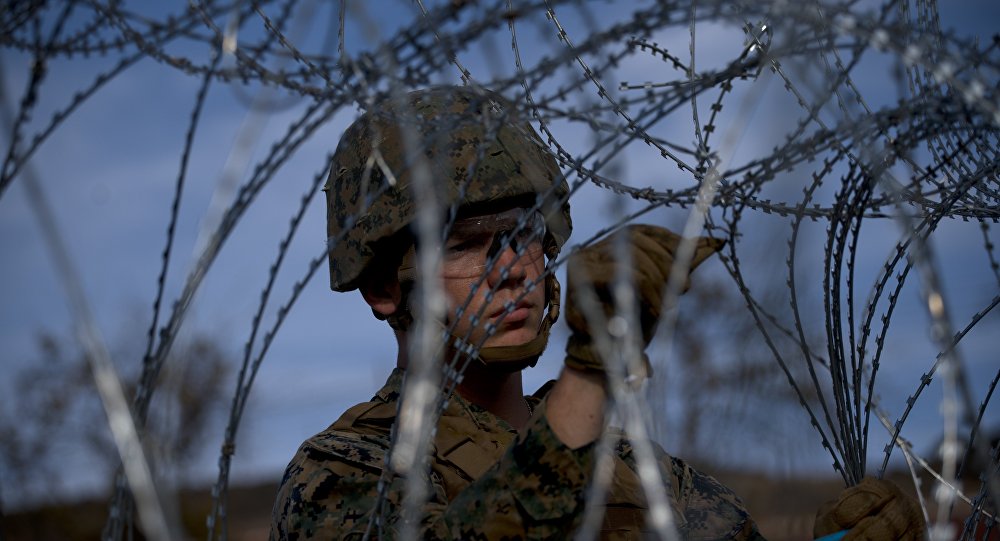 US President Donald Trump said on Wednesday that Mexico may put more troops at the two countries' border as another step to prevent the flow of Central American migrants.

Speaking to reporters at the White House before leaving for West Virginia, Trump said the numbers of migrants apprehended at the border "are way down" because Mexico has sent troops to the frontier "and they mean business."

"It's also good for Mexico what they're doing because the cartels have been running all of the border for years and years. And Mexico is saying, and the president is saying: We've got to clean it up. So they've got 21,000 soldiers and will probably put up more," Trump said, cited by Reuters.

Mexico declared earlier that migrant apprehensions at the US southern border fell 30% in June from the previous month, after controls that were introduced as part of a deal with the United States to curb the flow of migration in exchange for promises from Trump that there will be no trade tariffs.

Mexican Foreign Minister Marcelo Ebrard said on Monday that during weekend talks US Secretary of State Mike Pompeo did not address a June deal under which the two countries would look at making asylum seekers apply for refuge in Mexico if the migration isn’t lower by the July 22 deadline. Ebrard said he told Pompeo that Mexico believed that the proposal was unnecessary after the country helped to reduce apprehensions at the US southern border last month.