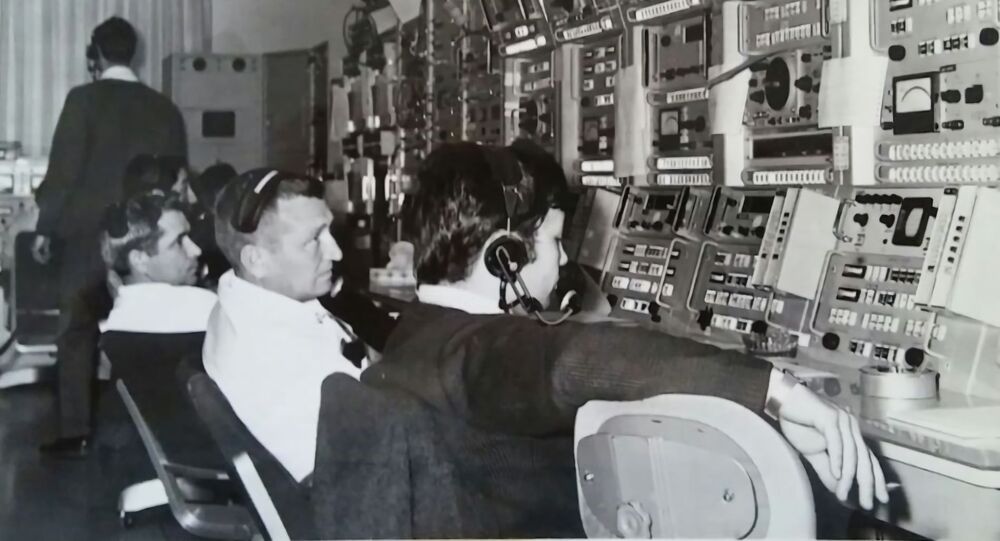 On 20 July 1969, Commander Neil Armstrong and pilot Buzz Aldrin landed the Apollo Lunar Module Eagle on the lunar surface while pilot Michael Collins flew the command module in the Moon’s orbit. Ex-NASA official Carlos González Pintado, who was tracking the Apollo 11 mission that day from a Spanish space centre, has recollected the historic day.

Exactly 50 years ago, the lunar landing marked a US breakthrough in the space race against the USSR following a string of Soviet achievements: the first human to journey into outer space in April 1961, the first woman to go into the cosmos in June 1963, and the first ever walk in outer space in March 1965 was conducted by Soviet cosmonauts.

The National Aeronautics and Space Administration (NASA) launched its famous Project Apollo in 1961. Despite the January 1967 tragedy when a cabin fire killed all three crew members during a launch rehearsal test, the programme went on to result in the first human walk on the lunar surface.

What is little known about the historic event is that Neil Armstrong's famous Moon landing quote was first heard at a space communications centre located about 30 miles from Madrid, in the small Spanish suburb of Fresnedillas de la Oliva.

"I do not remember exactly what time the shift started, probably around 11:00 in the morning", recalls Carlos González Pintado, former chief of operations at NASA's Madrid Deep Space Communications Complex (MDSCC) in Robledo de Chavela. "Everything went smoothly until the moment of the descent of the ship. The tension was increasing and reached its height at the time of landing. Responsibility outweighed emotions; the degree of concentration was marginal until the end of the mission. Everyone allowed themselves to show emotions only after landing".

NASA used three facilities around the world to track Apollo 11: in California, Australia, and the third one in Spain. Pintado, who worked as an engineer at the complex together with his colleague, Juan Grandela, emphasised that the Fresnedillas de la Oliva centre played a crucial role in connecting Houston with Apollo 11.

"By the time of the landing of Apollo 11, Australia had no visibility", he explained, "And the geographical location of the facility in Madrid was advantageous, even compared to the station of the United States. That is why the Spanish complex was the first to hear the words of Neil Armstrong".

© Photo : Carlos González
20 July 1969, Robledo de Chavela Station. Celebration of the successful landing of Apollo 11. Carlos Gonzalez – the one to the right with a beard and a glass (standing, looking at the camera)...

Lunar Landing: Not Without Incident

The Moon landing had not gone smoothly, Pintado recalled. It became clear at some point that the trajectory of the descent of the ship was slightly "stretched out", which meant that the landing occurred 6-8 kilometres west of what the Americans had expected, the ex-NASA official pointed out.

"Suddenly, when the braking began, 1202 alarm rang, this error meant that the computers were overloaded with information and could not process it in real-time", Pintado elaborated. "Space Centre Houston did not attach importance to this information but the alarm sounded a few more times. After that, 1201 alarm appeared which meant that the computer ignored the execution of some tasks. At that moment Armstrong put the computers into a semi-automatic mode and the ship into manual control operation".

The Spanish engineer recalled that the first location programmed by the computer for landing turned out to be a slope. It was later revealed that it was actually the Little West crater.

While Armstrong was trying to manoeuvre, he received the first signal "60 seconds", which was the time he had until the fuel ran out. The US astronaut heard the second signal "30 seconds" when he again found himself in rocky terrain.

"Finally, he found the place he liked and landed when he had 17 seconds left before the end of the fuel", Pintado noted. "We were able to exhale only when Armstrong announced that the ‘Eagle’ had landed at the Tranquillity Base".

There is yet another detail which is usually neglected by the media: once on the Moon, Armstrong threw out a special bag that contained garbage, including faeces. There is a clear explanation for this, according to Pintado.

"It should be borne in mind that this module for the first time, in reality, was supposed to take off from the surface of the Moon", he said. "Six experimental take-offs were conducted on Earth, three of which failed. So the chances of success were 50 to 50, and to lighten the spacecraft’s weight as much as possible, a lot more was left on the moon: boots, gloves, space suits, robes, cameras, etc.".

All these still remain on the lunar surface.

'Without USSR It Would Take Much More Time to Explore Space'

Now that the world is celebrating the 50th anniversary of the first lunar landing, Pintado does not feel like a hero: "I don’t appreciate fame but I am happy to see how people are surprised when they learn that the Spanish complex has played a huge role in space exploration", he says.

In June 2019, Next Door Publishers released a book about Pintado's life, titled “A Great Leap Into the Abyss”, by Jesús Sáez Carreras, that has already become a bestseller containing many previously untold stories.

"All this gives me joy, not because it is about me but because there is more information about the significance of space exploration, including the leading role of the USSR", the former NASA official highlighted. "Without its participation, it would take much more time to explore space".