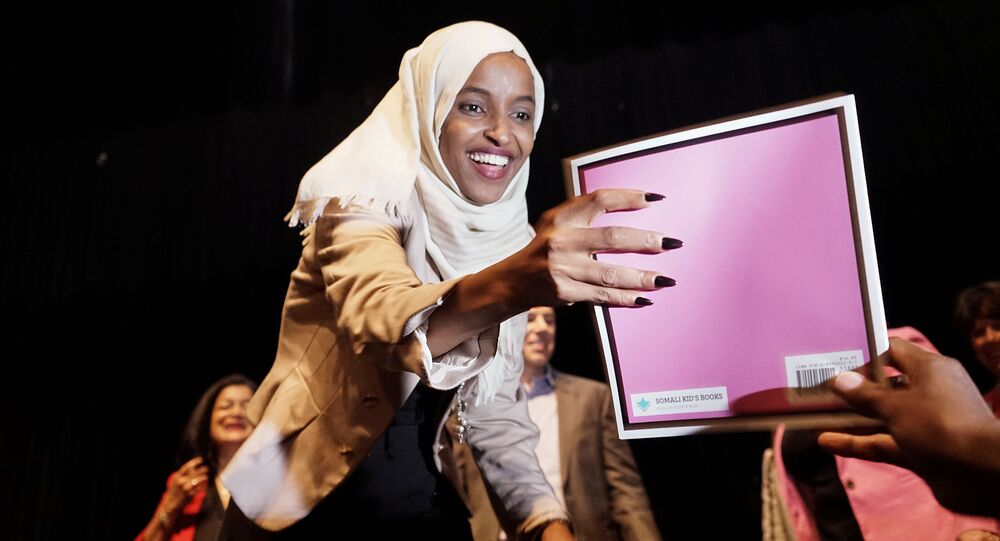 The US has recently been engulfed in a major political storm after President Donald Trump allegedly attacked four progressive Democratic congresswomen of colour, suggesting that they should return to their "totally broken and crime infested" countries if they are unhappy with how the US is run.

President Donald Trump dismissed reports of crowds greeting Democratic Congresswoman Ilhan Omar at the airport as she returned to her home state of Minnesota, calling it "staged". He also lambasted the "mainstream media" for covering the welcoming of "Foul Mouthed Omar", but giving a deaf ear to the "vile and disgusting statements" made by the "three Radical Left Congresswomen", to whom Trump apparently considers Omar to belong.

....Mainstream Media, which has lost all credibility, has either officially or unofficially become a part of the Radical Left Democrat Party. It is a sick partnership, so pathetic to watch! They even covered a tiny staged crowd as they greeted Foul Mouthed Omar in Minnesota, a...

Trump further vowed to prove his point by winning Minnesota in the 2020 election. According to Trump, he will succeed at this because its population "can't stand [Omar] and her hatred of [the US]", while at the same time Minnesotans appreciate his efforts at making the state prosperous.

....State which I will win in #2020 because they can’t stand her and her hatred of our Country, and they appreciate all that I have done for them (opening up mining and MUCH more) which has led to the best employment & economic year in Minnesota’s long and beautiful history!

The Democratic Party recently rallied in support of Omar and the three other congresswomen of colour dubbed "the squad" after they were apparently targeted in Trump's tweets on 14 July.

In the posts, the US president suggested that a group of "Progressive" Democratic congresswomen, allegedly "the squad", should return to the "totally broken and crime infested" countries they came from if they don't like how the US is governed. The four congresswomen to whom he appeared to be referring have regularly criticised Trump, especially his immigration policy.

The Democrat-controlled House of Representatives adopted a motion slamming Trump's "racist statements" on 16 July, despite him denying that his remarks were racist in nature. He further criticised the House for passing the resolution, while at the same time ignoring the "filthy and hate laced things" expressed by the four congresswomen.

Earlier, Trump lambasted comments made by Congresswoman Omar, who criticised the US mission in Somalia that resulted in the Battle of Mogadishu and the downing of an American Black Hawk helicopter  in 1993, as well as downplayed the 9/11 terror attacks, describing the events in terms of "some people did something". The US president has also accused her of making "vicious anti-Semitic" statements.