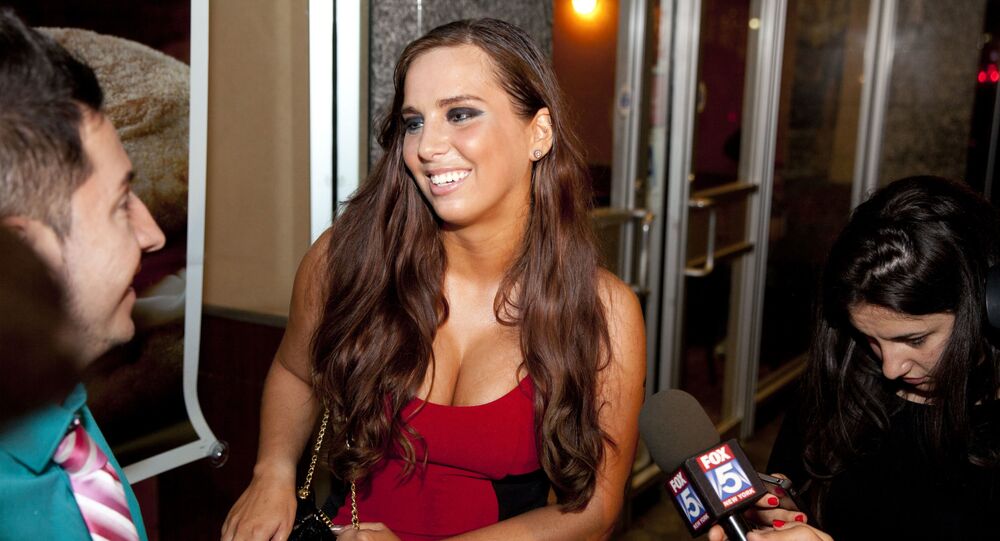 Sydney Leathers tweeted her call to support former Alaska Senator Mike Gravel, accumulating numerous comments in the thread, with many endorsing the move. There were also a bunch of others who thought such an endorsement is too lewd and incompatible with politics – something the actress has eagerly had her say on.

The actress, who starred in Sydney Leathers: Weiner and Me, My Girlfriend’s Busty Friend 24 and Dirty Wives Club 10, took to Twitter by calling on her audience to assist the 89-year-old politician’s quest for the Oval Office seat and make donations.

In return, she has promised to post nude pictures in her timeline. Gravel referred to the saucy endorsement calmly and seriously, paying tribute to his supporters from all walks of life, without singling out anyone in particular:

He underscored that it is not about “drawing arbitrary lines”, calling for the recognition of the humanity of all people, “no matter what their occupation”.

However, Leathers further clarified the way she viewed her political endorsement, sounding quite philosophical:

Her promise for nudes, interestingly, did not always yield the effect she was hoping for:

Don't really care about the nudes but I wanna see Mike on the debate stage. pic.twitter.com/bY0WHXbfKw

… although many sincerely praised her effort, with some donors getting back to the promise of nudes.

So where is the nude

I donated months ago. Does this offer apply retroactively? Also, i think it was $27 instead of $1 so does that earn 27 nudes?

Thanks for helping Mike spread his message! #NudesforPeace! 😉

Having first launched a presidential bid in 2008, the 89-year-old former Senator from Alaska is running a presidential campaign in the already crowded 2020 Democratic field.

The politician says his goal is not to become president, but to qualify in terms of poll numbers for the televised primary debates before he drops out and goes on to endorse some other like-minded Democratic candidate.

Meanwhile, in an exclusive interview with The National Interest, Gravel explained how he is fighting with his own party in a bid to end foreign wars. When asked which part of the world he deems to be the most dangerous, he dropped: “Washington, DC”. “We sanction twenty nations. What right do we have to go into Venezuela and tell them what kind of government they should have?” he continued, claiming that US economic sanctions are “war by other means” and responsible for “tens of thousands” of deaths.

'Four Horsewomen of the Apocalypse': Why Split Among Dems is Fraught with Serious Risks