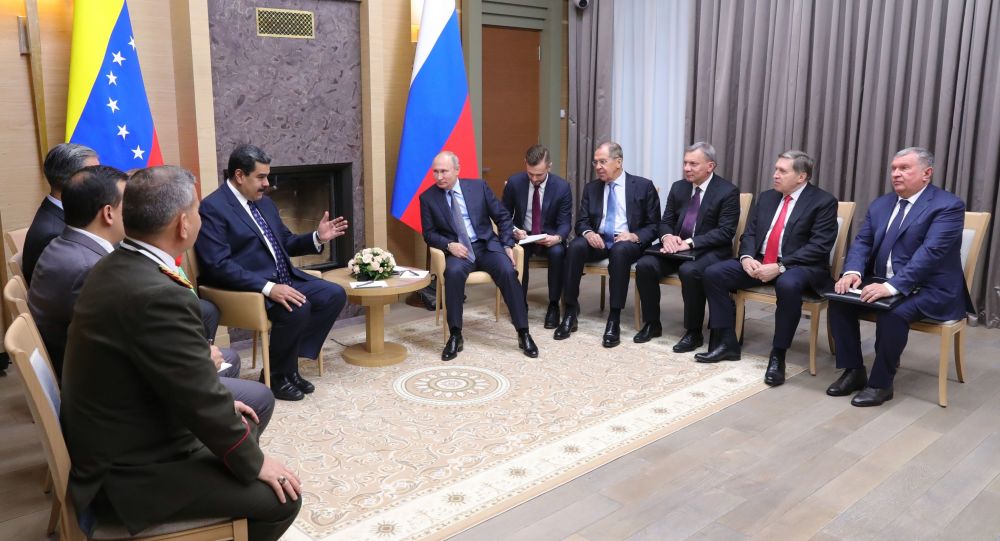 "Russia is very important for us, and of course we will be receiving delegations from Russia and sending delegations to Russia, and, at some point, I am sure, this year, President Maduro is going to go to Moscow and sign new agreements with the Russian government and institutions", Arreaza said on Wednesday.

Arreaza noted that the Venezuelan government maintains contacts with the Russian government at all levels and boasts excellent bilateral relations in various fields.

“There are always many topics to discuss with President Putin - one of our main allies and partners in many fields… so we must always be in touch, [and] we are in touch at all the levels of diplomacy in Russia, and we inform in real-time what happens in Venezuela”, Arreaza said.

Venezuela is experiencing a political-economic crisis that intensified in January after US-backed opposition leader Juan Guaido proclaimed himself interim president in a bid to oust President Nicolas Maduro.

The United States recognized Guaido and started imposing sanctions on Venezuela and freezing billions of dollars of Venezuela’s assets.

Russia, which recognizes the constitutionally-elected Maduro as the president of Venezuela, said that the United States is strangling the country with sanctions in an attempt to drag it into chaos.

Maduro called Guaido a US puppet and accused the United States of orchestrating a coup in Venezuela to force a change of government and claim control over the country’s vast petrochemical resources, said to be the largest in the word.