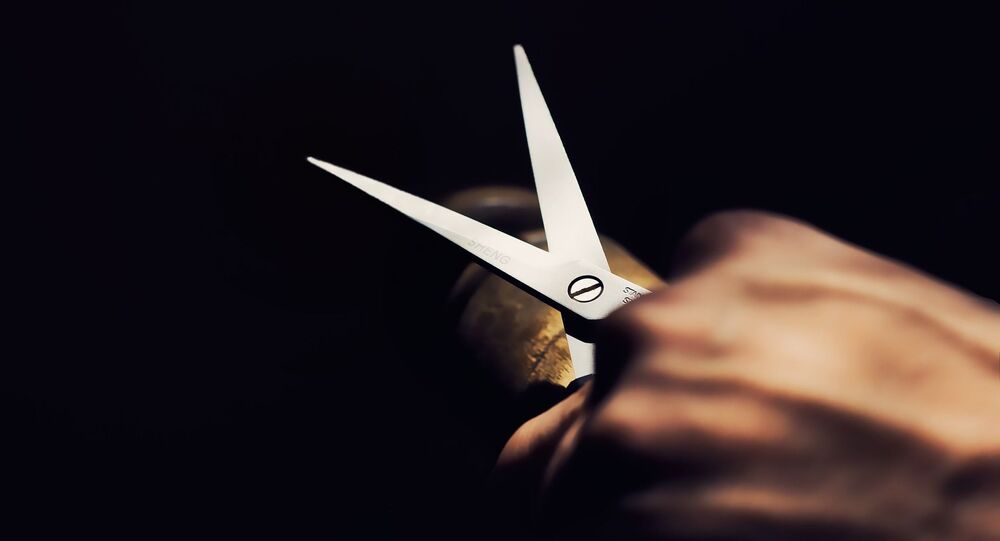 After allegedly catching his wife having an affair, a Florida man flew off the handle and confronted the other man, holding him at gunpoint while he used a pair of scissors to cut off the lover’s penis.

Alex Bonilla, a 49-year-old resident of Bell, Florida, is being held at Gilchrist County Jail on a $1.25 million bond after he allegedly cut off his neighbor’s penis, stole the man’s member and fled the scene before police arrived.

According to a press release from the Gilchrist County Sheriff’s Office, Bonilla broke into the victim’s residence on Sunday and held the man at gunpoint with a black Sig Sauer 9-millimeter handgun before tying him up. The 49-year-old then moved the victim to another room before mutilating him with a pair of scissors and immediately fleeing the scene.

Though cops were dispatched to the scene around 11:04 a.m., Bonilla would not be captured until 2:51 p.m. at Alliance Dairies, his employer, in Branford, Florida.

An affidavit obtained by local news station WCJB says Bonilla caught the victim and his wife having sex in May.

Gilchrist County Sheriff's Office
Mugshot of Alex Bonilla, 49, arrested by Gilchrist County Officers for allegedly breaking into a man's home, tying him up at gunpoint and severing his penis.

The arrest report goes on to say that two young children were inside the home at the time of the Sunday incident. The children are said to have only witnessed Bonilla break into the house and may have been threatened with his weapon, but were not present in the bedroom during the assault.

A search of the area was conducted for evidence, but authorities say their county-wide hunt turned up “no result.” It’s not clear what became of the victim’s severed penis.

Bonilla faces a number of charges, including burglary, aggravated battery, aggravated assault, false imprisonment, the use of a firearm and two counts of cruelty toward a child.

The unnamed victim was immediately transported to the hospital after showing responding officers his injuries. As of today, he remains in stable condition.

An updated press release from the Gilchrist County Sheriff’s Office says that since the incident, there has been an “increase in traffic” around the men’s homes, which are located in the same community.

A similar penile pursuit occurred in 2017 when a woman from Gudiyattam, India, cut off her husband’s member and packed the penis in her purse before attempting to flee to her parents’ home.

According to the woman, the incident occurred over an argument involving her husband’s alleged extramarital affair.