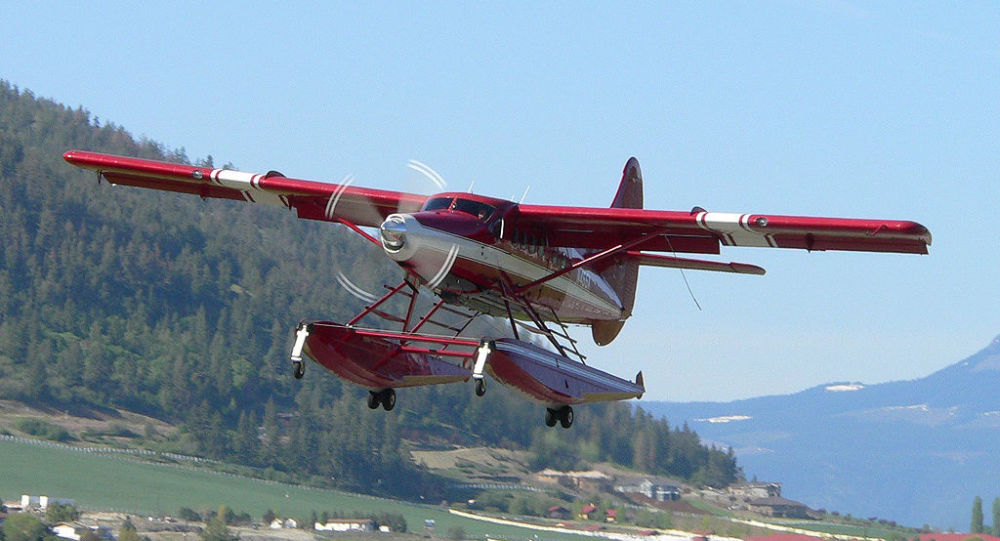 MOSCOW (Sputnik) - Three people were killed and four remain missing after a floatplane crashed into Mistastin Lake in the Canadian province of Newfoundland and Labrador on Tuesday, local media reported.

Jean Tremblay, president of the Air Saguenay airline that owns the aircraft, confirmed the information about the casualties to the Canadian Press news agency.

"The plane was submerged and about a mile from the shore", Tremblay said. He added that the plane had been in good condition and had an inspection in spring.

According to media reports, two military helicopters and another chartered plane are searching Mistastin Lake.

The seven people on board were heading from a fishing lodge at Crossroads Lake, near the Quebec border, to a remote camp on Mistastin Lake. They were due back at Crossroads Lake by 6 p.m. local time on Monday, but did not return.

According to CBC News, the cause of the crash remains unknown and Canadian officials with the Transportation Safety Board have been called in to probe the incident. Meanwhile, the tragedy reportedly marks the third fatal crash of a plane belonging to the Air Saguenay airline since 2010.

Howitzer Rolls Into Traffic, Crashes Into Car in Canada (PHOTO)