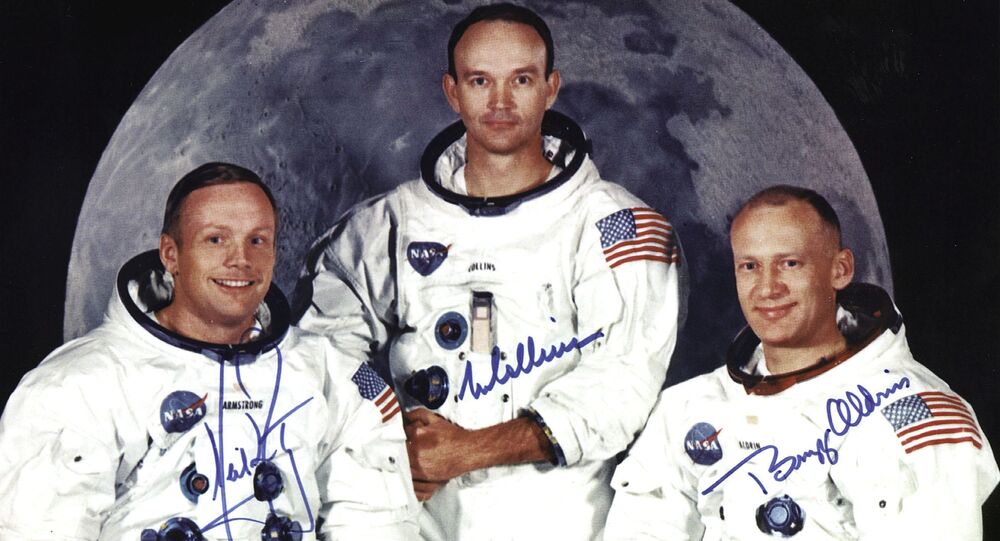 The US government in 1969 prepared for the possibility of failure for its first Moon landing mission and the White House had a speech prepared, just in case. Thankfully, it was never used.

A speech was written for then-President Richard Nixon as a contingency plan in case the Apollo 11 mission failed to return its US astronauts safely back to Earth, Fox News reported Tuesday. The short explanation was written by Nixon’s speechwriter William Safire in 1969 and delivered to the president’s chief of staff, H.R. Haldeman.

Entitled "In event of moon disaster," the speech addressed the would-be widows of Neil Armstrong and Buzz Aldrin personally and the rest of the nation in general. The document is housed in the Nixon Presidential Library and Museum.

"Fate has ordained that the men who went to the moon to explore in peace will stay on the moon to rest in peace," the speech reads, in part.

There was a speech drafted for President Nixon in the event Buzz Aldrin and Neil Armstrong didn't survive the Apollo 11 mission. I've always found it to be hauntingly beautiful. Penned by White House speechwriter, Bill Safire, read it here:https://t.co/L4kphbzcaZ#Apollo50th pic.twitter.com/38d2dM6ZBP

​According to Safire, should US spacecraft have failed to lift the astronauts off the lunar surface, they would have been doomed to death by starvation. Their only option was suicide, Safire said in 1999. Command Module Pilot Michael Collins would have had to return to Earth alone.

"These two men are laying down their lives in mankind's most noble goal: the search for truth and understanding," the contingency speech continued, adding that while "others will follow, and surely find their way home," Aldrin and Armstrong would be honored forever, as "these men were the first, and they will remain the foremost in our hearts."

“In their exploration, they stirred the people of the world to feel as one; in their sacrifice, they bind more tightly the brotherhood of man,” it reads.

A Nixon Library representative told Fox News that, “fortunately, the speech was never needed.” Instead, the president called the three astronauts and congratulated them on their successful mission, adding that "because of what you have done, the heavens have become a part of man's world."

The three astronauts, two of them on July 20, 1969, becoming the first humans to walk on the Moon, successfully reached Earth’s only natural satellite and returned home on July 24.

Only 12 people – all US citizens – have walked on the Moon in human history, and of those 12, four are still alive, according to Quartz. US President Donald Trump initiated a new Lunar program aiming to take US astronauts back on the Moon before 2030, followed by a set goal of landing on Mars.