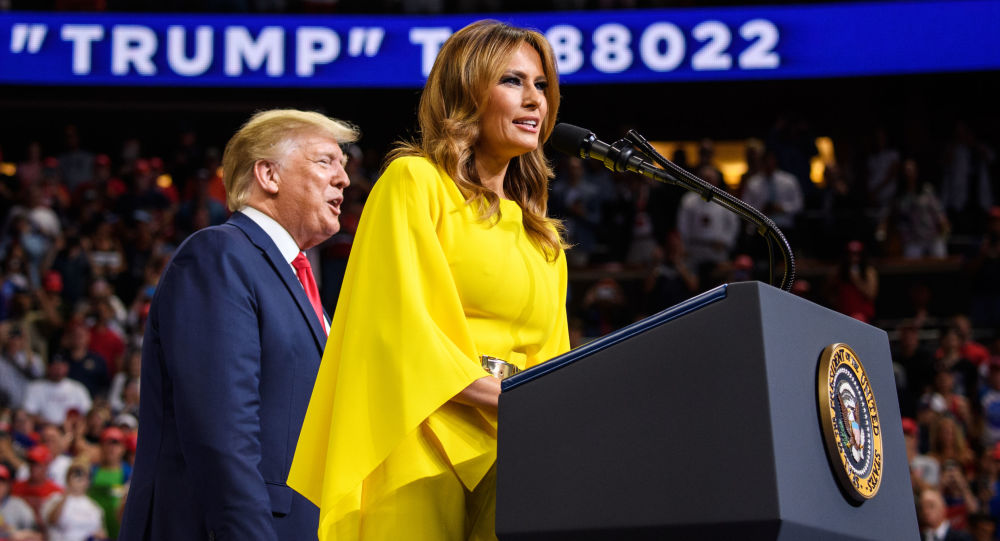 Donald Trump has rebuked four liberal congresswomen of colour who oppose his hard-line immigration stance, saying that they are free to go to their countries of origin. Trump quickly found himself at the centre of a storm of outrage, but stood by the claims he made.

Ana Navarro, a CNN contributor and GOP strategist, has unleashed a barrage of criticism at Donald Trump over his "you can leave" remarks to a group of congresswomen, implying that First Lady Melania Trump should be deported from the US.

Navarro, whose family fled Nicaragua in the 1980s, said in a furious rant on CNN: “I get it all the time, ‘get back to your country.’ Well, I got news for Donald Trump and all of his supporters who feel the same way: this is our country".

“It is our country as much as it is Trump's country", she continued, “and if we're gonna start sending people back, I don’t know...”

“Ted Cruz was born in Canada. “Marco Rubio's parents were born in Cuba. Melania Trump was born where? Slovenia. How about her parents who are here through family immigration?”

“I am sick of this guy’s hypocrisy and his ways of dividing people against each other", she concluded.

In a series of tweets on Sunday, Trump accused progressive Democratic legislators of "viciously" criticising the United States.

“So interesting to see ‘progressive’ Democrat congresswomen, who originally came from countries whose governments are a complete and total catastrophe, the worst, most corrupt and inept anywhere in the world (if they even have a functioning government at all), now loudly and viciously telling the people of the United States, the greatest and most powerful nation on earth, how our government is to be run", he wrote.

“Why don't they go back and help fix the totally broken and crime-infested places from which they came. Then come back and show us how it is done. These places need your help badly, you can't leave fast enough. I'm sure that [House Speaker] Nancy Pelosi would be very happy to quickly work out free travel arrangements!"

Although he did not name the lawmakers, the rant apparently referenced Alexandria Ocasio-Cortez, Rashida Tlaib, Ilhan Omar and Ayanna Presley, the four congresswomen of colour who were outspoken about his take on immigration and the environment.

Omar was born in Somalia, Ocasio-Cortez is a New Yorker of Puerto Rican heritage, Tlaib was born to Palestinian immigrants in Detroit and Ayanna Presley is an African American born in Cincinnati.

Trump’s outburst has been labelled racist both online and in Washington, DC, with House Democrats set to introduce a formal resolution condemning his comments.

Republicans have largely steered away from attacking the president.

The latter stood by his comments despite criticism, telling reporters on Monday: “As far as I'm concerned if you hate our country, if you're not happy here, you can leave".

“If you're not happy in the US, if you're complaining all the time, very simply: you can leave", he added. "You can leave right now. I don't know who's going to miss 'em".