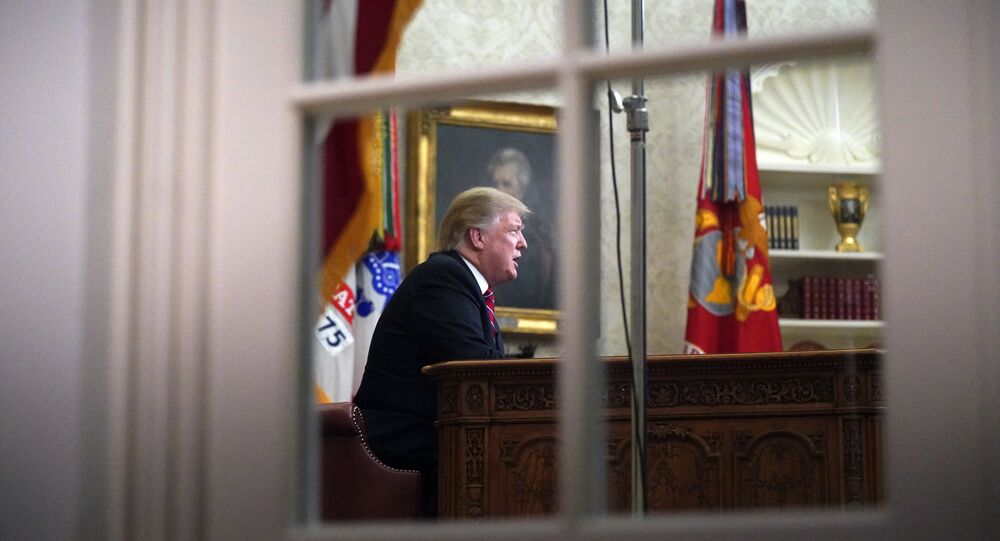 WASHINGTON (Sputnik) - US President Donald Trump in a new executive order issued on Monday significantly increased restrictions on the amount of foreign content in US-made products. In the executive order, Trump said the objective of the measure is to enforce the Buy American Act to its maximum lawful extent.

"Currently, a product can be 50 percent foreign, and it still counts as American-made. Figure that one out. In just a few moments, I will sign an executive order that will - that will eventually raise these standards up to 75 percent and above so that domestic goods will have to have 75 percent American, and 95 percent for things such as iron and steel", Trump said in a speech on the South Lawn of the White House.

The Buy American Act of 1933 requires US federal government agencies to procure domestic materials if an end product is intended for public use and reasonable quantities are available within the United States, according to the Government Accountability Office (GAO).

Trump has pledged to crack down on US government agencies that seek exemptions to Buy American rules to purchase cheaper products from foreign manufacturers.

In March 2018, Trump introduced 25-percent tariffs on steel imports and 10-percent tariffs on aluminum imports by invoking Section 232 of the US trade law, citing alleged national security concerns. Canada fell under the new duties in June 2018 and retaliated against the US by introducing its own duties on US goods.

Trump later signed proclamations to remove the tariffs on aluminum and steel imports from Canada and Mexico.