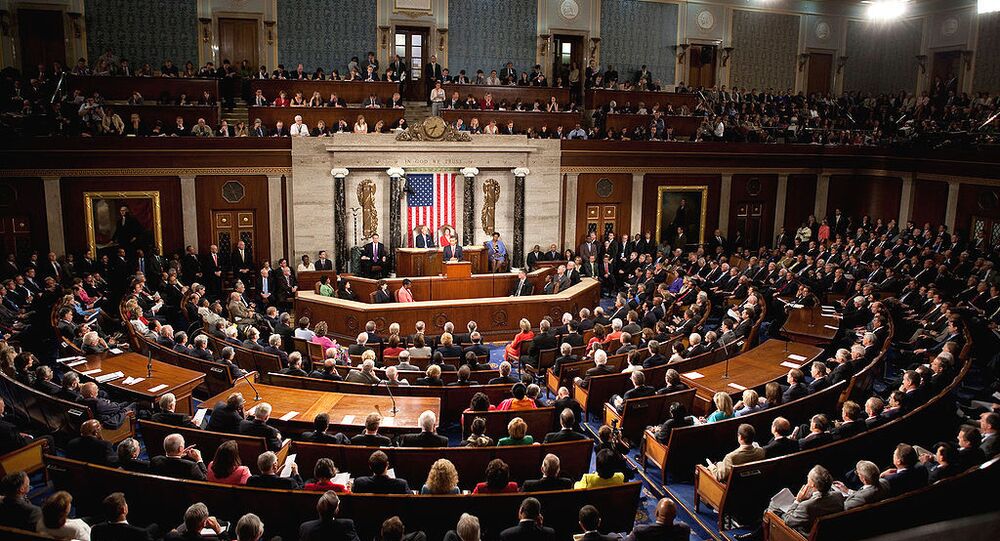 WASHINGTON (Sputnik) - US President Donald Trump on Monday fired another round of shots at unnamed Democratic congresswomen for spewing racist hatred that has made Israel feel abandoned by the United States.

"If Democrats want to unite around the foul language & racist hatred spewed from the mouths and actions of these very unpopular & unrepresentative Congresswomen, it will be interesting to see how it plays out. I can tell you that they have made Israel feel abandoned by the US," Trump in a statement on Twitter.

In a separate tweet, the president asked when the same congresswomen will apologize for their foul language and disgusting actions.

When will the Radical Left Congresswomen apologize to our Country, the people of Israel and even to the Office of the President, for the foul language they have used, and the terrible things they have said. So many people are angry at them & their horrible & disgusting actions!

​With Monday's renewed attacks on Democratic congresswomen representing the progressive left-wing of their party, Trump followed up on Sunday's Twitter rant in which he told those congresswomen to go back to the "broken and crime-infested" countries from where they "came from."

While Trump did not identify the congresswomen he was referring to in his statements, they appear to be directed at a group of liberal, freshman members of the US House of Representatives, including Alexandria Ocasio-Cortez, Ilhan Omar, Rashida Tlaib and Ayanna Pressley.

Ocasio-Cortez, who was born in New York, described the president's remarks as "hallmark language of white supremacists."

House Speaker Nancy Pelosi said in a post on Twitter that Trump's xenophobic comments are meant to divide the country.

She added that the comments reaffirmed the president's plan to "'Make America Great Again' has always been about making America white again."

Republicans, on the other hand, have remained silent following's Trump's rant.