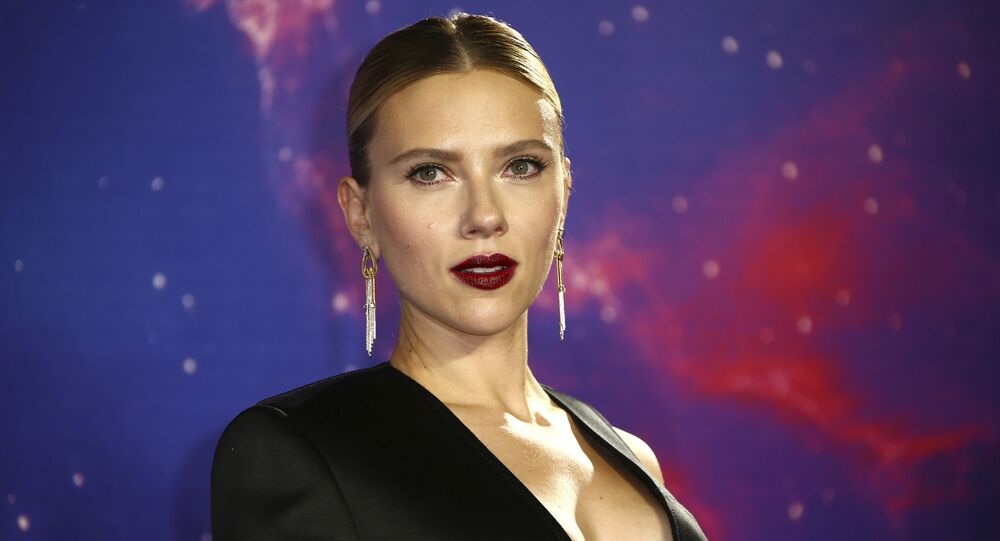 Hollywood’s Scarlett Johansson exited the “Rub & Tug,” project she was originally cast for last year after backlash from the transgender community. The actress was set to play Dante “Tex” Gill, a transgender man.

In a new statement given to EW through her representative, Hollywood actress Scarlett Johansson has attempted to clarify her latest comments regarding the casting debate surrounding the “Rub & Tug” project, claiming they had “been edited for click bait” and “widely taken out of context".
While supporting what she said to As If magazine in an interview over the weekend, the star’s rep said outlets who reported on the story took it out of context.
Johansson added: “The question I was answering in my conversation with the contemporary artist, David Salle, was about the confrontation between political correctness and art".

Hollywood celeb Johansson opened up to As If magazine over the weekend on her sentiments regarding the casting controversy over “Rub & Tug", a film project she exited last year where she was originally cast to play a transgender man.

The Avengers: Endgame star responded to the backlash she received around some controversial quotes she made at the time, explaining she feels “political correctness” is dictating to actors which roles they can and cannot take on.

“You know, as an actor I should be allowed to play any person, or any tree, or any animal because that is my job and the requirements of my job", the actress was quoted as saying during the interview excerpted by the Daily Mail.

Johansson’s comments left many surprised as it was a reversal from the 2018 statement she made when leaving the project.

“I have great admiration and love for the trans community and am grateful that the conversation regarding inclusivity in Hollywood continues", she said at the time.

The project, which Johansson was developing with director Rupert Sanders, was slammed by the LGBTQ community because of the history of cisgender actors playing trans roles while trans actors struggled to find opportunities.

After the broad negative response, the actress dropped out of the project, and has since largely stayed silent about the decision.
Social media users were quick to share their opinions on the controversial issue as well.

Some defended the actress’s original stance that an actor’s role presupposes portraying any role offered.

If Ariel can be played by a black woman, Scarlett Johansson can play a trans woman. Y'all are RIDICULOUS.

Eh, I don't see how these two things connect. I do agree though, it shouldn't be a big deal.

I stand in support of Scarlett Johansson and her reasonable, yet naively stated, comments. https://t.co/jxTClI7LyJ

I'm just pointing out the hypocrisy that people are okay with a black actress playing a historically white character, but clutch their pearls about a cis person playing a trans character.

​Others ridiculed the actress’s claims that an “actor should be allowed to play any person, or any tree, or any animal”.

She has no shame, she’ll be 80 years old trying to play Beyoncé in a biopic😂😂😂

If a tree falls in the forest, does Scarlett Johansson hear it?#ScarlettJohanssonTree pic.twitter.com/ZloeUSGDOe

​Still other social media users supported the stance that her earlier comments suggested the actress saw no problem “taking jobs away from underrepresented groups”.

Oh, hey, #ScarlettJohansson is clarifying her... remarks... wait, she's basically saying the same thing, but with a completely unfounded, "I support diversity in film." Perhaps she should stop taking jobs away from underrepresented groups then? 🤷‍♂️ https://t.co/DxUoVsZ1dQ

​The actress has already started filming the solo Black Widow movie, scheduled for release in 2020.